With the election happening next week, there’s been a lot of talk about the values and beliefs of candidates and parties, and an equal amount of posturing from all sides to defend those values and beliefs. I think that defending a belief is intellectually dishonest. It’s an argumentative problem in the same way that ad hominem attacks and straw men are, at should be avoided at all costs. That’s right, beliefs should not be defended, and if someone commits to doing so, they’re betraying the fundamental principles of honest discussion, whether they’re aware of it or not. 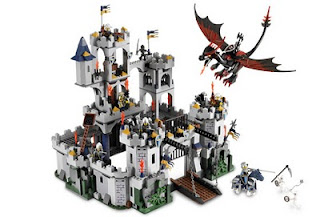 Committing to defending a belief means adopting a kind of siege mentality, and assuming that other people in the discussion are attacking it. It means being committed to the idea that it should weather all attacks, and that means affirming its correctness before the discussion gets underway. For example, if we’re having a discussion about which is better for children, ice cream or torture, and I decide to or feel that I have to defend my belief that torture is preferable to ice cream, then I’ve implicitly committed to the principle that I don’t want any argument you offer to persuade me otherwise. The only acceptable resolution is that I’m right. When I do that, we’re not having a discussion anymore. We’re just making noises at each other in a manner that bystanders might mistake for a discussion. You might mistake it for a discussion too, and be frustrated when you find out that you’re really talking at me, not with me, because I already decided that nothing you say will change my mind, and furthermore, that if you do change my mind, it’s a defeat. I will have failed to defend that particular belief.

But if no one should defend their beliefs, how do we resolve discussions where there are conflicting beliefs? I had to think about that for a while, and it took some help from my fellow graduate students, Ian and Jessey to sort it all out. Resolutions can be reached by examining how much and what kinds of support a belief has. I talk about some standards of justification here and here, so I won’t go into them too much today, but when I think about it, it seems like the support for a belief is a big part of what matters about it. It’s not just what someone believes, or that they believe it, but why they believe it. Examining the support for each competing belief creates a discussion which is inherently participatory and doesn’t begin with at least one party committing to a defense. This results in open discourse which cannot occur when one or more parties in a discussion is committed to defending a belief, and makes actual progress possible in determining which belief is better supported (and thus ought to be believed). It also opens the door to other resolutions, such as the abandonment of both beliefs, or the incorporation of different supporting elements into a new and better supported belief. In short, no belief ought to be defended, but all beliefs ought to be supported.

We can see this in practice not just with political parties who attack each other’s policies and vigorously defend their own, with little television time given to the actual support for each set (though lately I’ve noticed an increasing trend of the parties skipping straight to ad hominem attacks, which isn’t exactly an improvement). We can also see it in things like the Discovery Institute, which is so committed to Judeo-Christian theism that it “… seeks to counter the materialistic interpretation of science” (link). In both cases, they are committed to defending a belief or particular set of beliefs, affirming their truth before entering into dialogue. In everyday life, we ought never assume that someone is or isn’t just committed to defending their beliefs, but ought to give them the benefit of the doubt and lead by example, presenting support for our own, and requesting support for theirs. And sometimes that someone is us. Maybe the stakes of not believing something seem unconscionable, or a particular belief or set of beliefs seems integral to who we are and how we structure our relationships, but that’s all the more reason not to defend it. If the belief is well supported, then examining the support for it relative to other beliefs in the same vein will increase our confidence and give others the opportunity to benefit from that support and adopt the belief themselves.

So defending belief means cutting off actual discussion, either by remaining obstinate or remaining ignorant, both of which are intellectually dishonest. Furthermore, it’s not in our best practice. It’s not better for anybody if we all decide to defend our believes, struggling to retain them and representing others as attackers, rather than taking the opportunity to think of them as fellow students. When you defend a belief, you’re looking to have an argument. When you support a belief, you’re looking to make one. So let’s make some. You might disagree with this assertion. If so, that’s great! I’d love the opportunity to examine the support for other cases, and the comments are just down below. But I’ll leave you with this:

“But the peculiar evil of silencing the expression of an opinion is, that it is robbing the human race; posterity as well as the existing generation; those who dissent from the opinion, still more than those who hold it. If the opinion is right, they are deprived of the opportunity of exchanging error for truth: if wrong, they lose, what is almost as great a benefit, the clearer perception and livelier impression of truth, produced by its collision with error.”
– John Stuart Mill, On Liberty