I have a minor in classical studies, and I’ve been thinking about it lately because I’m still involved in the University of Waterloo’s Classical Studies community. I’m writing for their blog (look for some of my work in the next few weeks), and I’m tweeting as them as well, as @Labyrinth_UW. This isn’t just because the people involved in that department, both students and faculty, are great people who have had an incredible effect on my development as a human being, but because all of us place a great deal of value in the things we can learn from the past. It’s a shrinking field in some places though, and I think that’s to our detriment as a species, though a lot of people question the merits of studying dead languages and reconstructing the affairs of long dead people whose heritage is barely shared by western scholars. And those people are wrong.

Classical studies isn’t just about reconstructing the lives of long dead politicians and peasants, it’s about reconstructing the lives of long dead politicians and peasants in order to establish a relationship with the past. Think about your kids, the kids you might have, or maybe even your grandkids. You want them to remember you, to remember what you did to try and secure them the lifestyle they enjoy. Well, the ancients shaped the society we live in today. Scholars like Aristotle and Augustine laid the foundation for our contemporary education systems, and the philosophers of Baghdad preserved those works, creating a golden age which laid the foundations for modern mathematics. Everything we have is built on the past, and by trying to understand and establish a relationship with the people who lived there, we can properly appreciate the things that we have. Today, five year olds can’t remember a world without social media, and twenty year olds can’t remember a world without the internet. Thirty year olds have trouble recalling what it was like to live in the Cold War, and so on. Maybe you know somebody who remembers not having electricity, or running water, things that we take for granted. Well, imagine being the wealthiest and most successful person in the history of the world, and having none of those things. that’s what it was like being Genghis Khan. 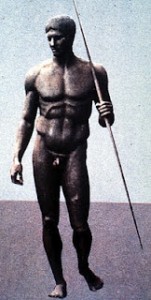 But it’s more than just appreciating the struggles of those who have come before us, it’s about learning their lessons. We can look at models of government and examine which works best where, not just in political treatises like Aristotle’s Politics and the Prince, but from their actual practice in everything from the Roman republic to the Greek city state, to the monarchies and birth of nationhood in western Europe. We learn new ways to do things, new ways to tell stories, and the ups and downs of different value systems. It’s one thing to do this as an enthusiast, to read the translations and enjoy the tales, living in the past. But as a scholar, as one of the people who makes those translations, there’s a far more practical intention. We learn from the past in order to educate the future, to teach them not just of the follies committed by people which ought never to be repeated, but of the heights to which human beings can rise. The great poetry and works of art we’re capable of, like the Spear Carrier. The things we can build, like the Roman roads and buildings which are still used today in Italy and other parts of Europe. The classicist reminds us that there was a time when we didn’t have the internet, or phones, or electricity, or even steam power or gunpowder, and we got by just fine. We did it with determination and curiosity, looking for ways to improve, and improve we have.