I used to not want to do things just because lots of people were doing them, and the one that comes to mind immediately social media. That’s right, I was a social media hipster. Facebook and Twitter were too mainstream for me, I communicated through email, messenger, and phone calls. If I wanted to share my thoughts, I’d talk about it with you, or even write a letter. My audience was the twenty or so people I knew well, one of whom was my mum (though my mum is still in my audience, to be fair). And that was awesome, because it meant that I could talk about things with people who really mattered to me, and I didn’t need all of those fancy websites to do it. I was cooler without them.
I was also full of it, and as you can see, it didn’t last. Not only did I buy the ticket, but it was one of the best buys I ever made. I’ve met so many great people and had so many more meaningful conversations because of these new mediums, and kicked myself a bit for not figuring it out sooner. The real phrase isn’t just fight the future, but that you can’t fight the future. It’ll get here sooner or later, whether you like it or not. When I think about that, I think about how to deal with it, which I want to share with you here.
The future is coming. Sometimes it’s creeping through your halls and peeking around your doorways though, and you don’t realize it until you see it settled on your couch eating your cereal and watching TV in high definition 3D. It can seem like an unwelcome guest, taking up space, using up your time, and going through your closets making things obsolete. Try as you might though, you can’t really get rid of it. Toss it out of your house, and it’ll stand there outside your windows, waving big signs to remind you it’s there. Evict it from your town and you have to hear about it on the radio, moving to some other town and flourishing, and think about what you might have had together. Maybe you meet up again when it’s on tour and passing through, and get together and talk over drinks. It’s not so bad, everyone else is using the kinds of things it brought, your differences are reconcilable. The future isn’t always so forgiving, but if you work at it, it’ll come and stay again, when it can find the time. 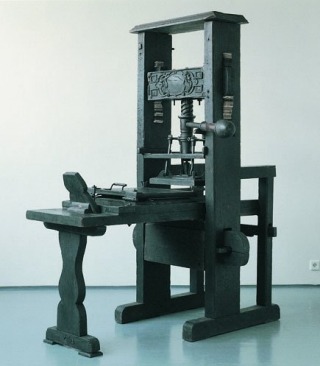 It’s a cute story, but what is the future, really? I like to think of it not just as new things, but as new things that fundamentally change the ways we do old things. New fashion trends aren’t necessarily revolutionizing the wearing of trousers, but things like smartphones and social media are changing the way we interact. It’s not just this kind of thing, though. We can think about personal computing, airplanes, automobiles, steam power, the printing press and the spinning jenny in the same way. They all changed the way we did things that we had always done, and they all had their own curmudgeons who tried to fight it, and there’s reasons for that. It represents change, and change means uncertainty and vulnerability. We don’t know how these things work, we’ll make mistakes, expose parts of ourselves to ridicule sometimes figuratively, like the airplane and sometimes literally, like Facebook.

But think about what happens if instead of trying to beat the future, we join it. Right away, just embrace it. Instead of being worried about the standards other people set or the uses people find for it, we get to be some of the people deciding what those are. By joining it, we get to add our views and help shape it into a future we’d like to have, rather than entrusting that to others. These revolutions aren’t going away, and the sooner we embrace them, the sooner we can profit from them, whether that’s by building our already established business, learning how to build a business employing these new methods, using them to benefit those in need, or finding other ways of using them to create value and on the whole being leaders. 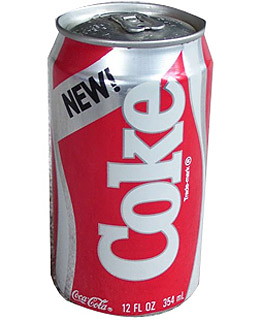 There are concerns however, and legitimate ones. There’s a lot of change that doesn’t take as well. Esperanto didn’t revolutionize spoken language. Hovercrafts and ground effect machines never replaced cars, and New Coke didn’t fundamentally alter our soda-drinking experience. Facing new things is a risk, but we take risks every day without even thinking about it. Job interviews, relationships, and crossing the street are all risks. Just getting out of bed in the morning means facing an incredible degree of uncertainty. We calculate those as best we can, and consider them investments. The same thing can be said about developments of the future. It’s a risk, we can lose, but we often stand to gain. If we’re unwilling to embrace that vulnerability, we might as well not get out of bed in the morning, and we all know what my position is on that.

So whenever I think that I don’t want to do something just because it’s new, or because I can’t figure out what it’s for, or because everyone else is doing it, I try to remind myself that you can’t fight the future. It could be some kind of future development, and the best way to learn what it’s for is to use it and imagine what it could be for, taking the risk rather than being set in my ways. The only reason we have for not changing is if things couldn’t ever be better, and I think we can all do better.