And now for something completely different. This week is inspired by some work I did a few years ago on the connections between love and intimacy, and a conversation with a friend. It’s something I think about a lot. Love is a big part of our lives after all, and everybody seems to have some thoughts about it. It’s a central theme in our literature and media, and our relationships with each other. Sometimes it’s too soon, sometimes it’s too late, sometimes we don’t mean it, and sometimes no one thinks we mean it when we do. So I wanted to take the opportunity to talk about what I think love is, and its relation to trust and intimacy, and more importantly find out what you think about it. 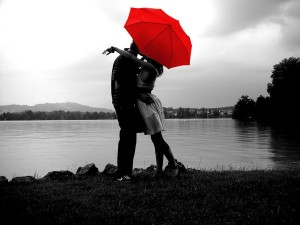 Some people assert that there are different kinds of love, like the love of romance, of family, of friends, of god, of objects, or of pets. This is an old idea, as the ancient Greeks distinguished between kinds as well, referring to sexual love as eros, the love of friendship as agape, and bonds of pure or conceptual love as phile (WordPress hates my Greek keyboard). I disagree. I think it’s possible for us to come up with a definition of love that fits all of those examples, and that the real distinctions are to be made in the kinds of intimacy we have. It goes like this:

“Love is purposefully placing the interests of another above your own.”

Parents do that with their children, lovers, friends, and families do that for each other. Someone who loves an object, an important heirloom or a house, for example, might place the well-being of that object above their own, and similarly, so could someone with a pet. The real question about love concerns how much of their interests a person is willing to sacrifice for those of another. 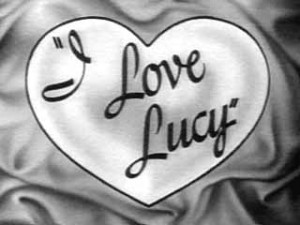 It seems as though there’s a challenge which could be offered to this definition though. We say “I love you” a lot. We love things in common conversation, like movies, hot dogs, or juice, but we don’t think that when we’re doing that, we’re placing those things above our own interests. I’d answer that by making a distinction between love-related speech acts and behavioural expressions of love. Put simply, saying isn’t doing, and doing is what allows us to infer that a person genuinely holds that belief. For example, if I make promises, and then break them, we might argue that I don’t make genuine promises. Similarly, with love, if one says the words but doesn’t provide the behaviour to verify those words, then we have good reason to think that they don’t mean them, but that does nothing to alter the definition of the words themselves. When we say we love a movie, and then don’t put that movie’s interests ahead of our own, we simply don’t really mean it, instead using love as an expression for liking something a great deal.

But sometimes the expression itself can be an act of love, can’t it? We can use it to reassure or to advance intimacy in a relationship. It can be a very big deal, and in certain contexts can imply a commitment to further intimacy. And that’s true. It can create deeper intimacy, or shut it down completely, depending on the context, but only creates a lasting effect, essentially only being genuine if accompanied by the kind of corresponding behaviour that I’ve mentioned.

The implications this has will become a little clearer next week, when we bring trust and the different kinds of intimacy into it. For right now though, it’s something to think about. When I’m with the people I love, and I think about what their interests seem to be, I’m always making choices about where I put their interests, and how consistently I want to place them above mine. When it’s a good decision and when it’s not? That one’s too complicated to try and answer yet. Still, I’m really curious. Is this a satisfactory definition of love?