This week I met some Jehovah’s Witnesses, and while I didn’t have time to talk with them, I invited them to come back later. They seemed quite enthused about the prospect of someone being interested, so I hope to hear from them next week. I’m always interested in talking with people about the nature of and justifications for their beliefs. Now, I have as yet found no good justifications for believing in the supernatural, but I do find myself compelled to examine other people’s beliefs in the supernatural. Just because I haven’t found any good reasons doesn’t mean there aren’t any.

Lots of sensible people believe in god, aliens, the power of crystals, psychic phenomena, or all of the above. If they have good justifications for their beliefs, then my reason would compel me to believe those things as well, in the same way that I believe in the laws of physics whenever I juggle (or move around, or breathe…You get the picture). Now, I’m the first to admit that I can get a little intense about this, but I promise this isn’t going to turn into a rant about theism vs. atheism. We’ll save that for another day. This is about beliefs in general.

Why is it Important?
Seriously, why does this matter? Isn’t one belief just as good as another? Am I being utterly strange about it? It seems to me that having beliefs with good justifications is like having full tires on your car. They’ll carry you where you want to go, but you have to get them checked now and again. And if they’re full of hot air, they might burst when they encounter something unexpected. We encounter people with differing beliefs every day, whether those are religious, behavioural, or even just about what sports team is better. Understanding what good justifications are, and how we justify what we believe is important whenever our beliefs come into conflict with those of others.

When We Say Belief, What Do We Mean?
Simply put, a belief is an idea. What makes it different from other ideas that we have is that we put enough stock in it to use it to support our actions. For example, I believe that English is my strongest writing language and that most of my audience can read it, so I write in English instead of German or Latin. So wanting to go to a restaurant is an idea, but thinking that my legs can take me there is a belief. 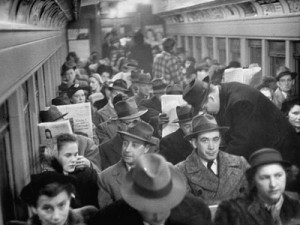 No. And I don’t mean “no, that’s not good enough for me,” but I think that if anyone examines their everyday life, they’ll find that it isn’t good enough for them either. When someone shoves you on the subway and you say “What’s the big idea, buddy?” (because you live in Chicago in the 1930s), you want to know why they did that. And when they say that they’re in a hurry, the next logical question is “What’s your hurry?” Beliefs without justifications are groundless, and as humans we tend to find those concerning. Imagine bumping into a person who is genuinely in a hurry, and hurrying nowhere for no reason. Imagine the look on your face as they try to explain that yes they’re in a hurry but no, they’re not going anyplace. It seems like madness. So beliefs require some other kind of justification.

Good Justification
Imagine that same subway, but instead of a nowhere explanation, they explain that they’re hurrying to a very important job interview, and they’re terribly anxious about being late for it. Now we can establish their belief, “I must get there quickly” and their justification “Because I cannot afford to be late”. Whether or not those are healthy rationales for action is a topic for another time. What’s useful for our purposes is that they’re understandable. The justification forms the because of the belief. It answers a Why question, and not just a What question. But when we talk about good justification, what do we mean?

The best definition I’ve been able to reach for a good justification is that a justification is good if, in our best practice, we’d be willing to apply it in all similar cases. Now, if we look at our subway hurryer, we can imagine being in their position. I know that sometimes when I’m anxious I put speed ahead of other concerns, and start hurrying instead of just making haste. I don’t believe that I’m alone in that, because of accounts I’ve heard from other people in similar positions. If we can agree that anxiety is one of the causes of hurrying, then being anxious is a good reason or a good justification for their hurry (which doesn’t say that hurrying is the best way to deal with anxiety, but that sometimes it happens for understandable reasons).

Justifications for Justifications
But couldn’t we ask them to justify their justification? “Why are you anxious?” we could ask. After all, justifications fit our definition of beliefs quite nicely, and it seems perfectly reasonable to create a complicated trail of why questions. There are a number of schools of thought on how this ends up. Some scholars believe that there need  to be certain beliefs which are indisputable, or which require no justification, but serve as the foundations for belief. Others believe that justifications can work in networks, supporting each other interdependently, like a spiderweb. the best basis I’ve found as far as a place to stop is when you reach a justification which fits in all the similar cases. If you think that trusting your senses is a good reason for believing that there’s a jar of jam on the kitchen counter, then it’s a good reason to believe that your train has arrived in the station. They involve the exact same phenomena, and are similar cases.

Miraculous Card Tricks
What if they don’t match up, though? If our reason for believing that there’s jam on the counter is trusting our senses, doesn’t that also compel us to believe that card tricks are miracles? They tell our senses that something impossible has happened. That’s where we get into other good reasons, like we did last week, and need to take into account all the information we can get, not just what we’re taking in immediately. Investigation into card tricks proves that they’re perfectly understandable, and not miracles at all. It tells us that card tricks and jam being on the counter are different cases, because one is designed to deceive and the other is not.

This concludes our brief week long foray into epistemology, the study of how we know what we know, until the next time I decide to take a trip into it. Hopefully those Jehovah’s Witnesses come back, so I can post what we learn in our discussions.