I got started in philosophy because I have a deep commitment to being willing to be wrong about stuff, because being wrong is one of the best ways to get at the truth. Concept Crucible started as an experiment in being wrong, a space where I put out ideas and take risks, and still is to some extent. And that’s fine for me, but this is about why you should be wrong.

I talked about this a bit in the Fallacy of Defending Belief, but today I want to focus the discussion a little more, and talk about why being wrong can be the best way to learn things, because even being wrong teaches you something new. In fact, it probably teaches you a lot of new things, because it usually involves the introduction of new evidence. The philosophical position of being open to being wrong is called fallibilism, and there’s a really good definition of it by Karl Popper in The Open Society and Its Enemies.

“By ‘fallibilism’ I mean here the view, or the acceptance of the fact, that we may err, and that the quest for certainty (or even the quest for high probability) is a mistaken quest.” 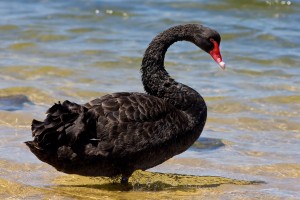 I’ve talked about this before too, when I said we’re not really talking about the truth, and I meant it. In terms of empirical certainty, we can just collect the best reasons we can to believe things and hold on to them until we have new information. A famous case of this is the colour of swans. As far as western Europe was concerned, up until the 18th century, swans were white. Then black ones were discovered in Australia.. The question “What colour swan?” became a meaningful one. Something has to give there.

Since you can’t be certain, every statement becomes a risk. Being willing to be wrong means regarding it as a risk worth taking. Teachers tell this to students all the time, and the message holds outside the classroom. It’s always better to get it wrong in class than on the exam. Put your ideas and beliefs out there for criticism because it means that when it counts, they’ll hold up. Being wrong takes courage, taking any risk does. It takes the willingness to learn and an awareness of your own fallibility, but these are things you already have.

So you can’t be certain, which means you know you’re going to be wrong about some things. The sooner you can figure out what those things are and figure out that they’re wrong, the better off you’re going to be. The truth is important to you, that’s why you get upset when someone misleads you. With that said though, just because you could be wrong doesn’t mean you are. Examine new evidence, examine what’s considered to be evidence, and don’t be afraid to make someone develop an argument. But maybe I’m wrong about this. Let me know.