It’s one thing to have someone tell you that something’s the case, and another thing 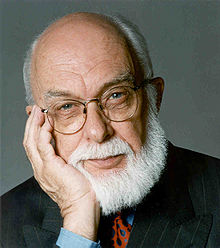 entirely to find out for yourself, and any teacher worth their salt prefers to encourage students to do their own research rather than blindly accept lectures. I’m not an accredited teacher, but I do have an interest in promoting critical thinking and discourse. I have a hypothesis: if someone is skeptical of what’s being said, they will be more likely to look for themselves.

This is useful not just because other people can learn things from it, but because we can learn from it. We’re wrong a lot. It’s part of being human. We’re even wrong about how wrong we are, most of the time. Encouraging people to be skeptical of our claims and engaging in critical discourse about them helps us be less wrong. It puts another set of eyes on the evidence, which is never going to be a bad thing. If you’re interested in some ways to encourage skepticism and critical thinking, and some of the challenges involved, you’re in the right place.

Also, on a totally unrelated note, a new song! 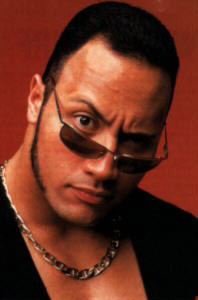 I’m not using the philosophical definition of skepticism here, which can often set the standards of required proof too high. I just mean a sort of aggressive curiosity. When we’re curious, we’re explorers, finding new things. When we’re skeptical, we’re analysts, concerned with verifying things. We raise an eyebrow and do some fact-checking, and are more focused than we are when we’re curious because we have a specific claim or set of claims that we’re looking to test the veracity of. How can we encourage  skepticism? I’ll list just a few of the ways.
Reward It
Sometimes it’s that simple. If someone is skeptical of a claim that we make, and does the legwork, respect that, even if our claim bears out. In fact, especially then. If someone comes to us and says that they didn’t believe us, but after some research it seems like there are good reasons to believe what we said, they’re doing us a favour. They’re strengthening our claim. Often this can be done by simply acknowledging their effort and discussing it with them. I’m often amazed at the things I learn about stuff I thought I knew from people who’ve done their legwork in a different way than me, just by asking “What did you find?” rather than giving them an “I told you so.” And if it turns out that we were in error where the truth was concerned, then thank them. If we take critical thinking seriously, then we have to accept better evidence and better arguments, regardless of what we would prefer to believe, or who is making them.
Sow Doubt
Challenging other people’s ideas can sow doubt about them, but it’s important to also sow doubt about your own. Rather than just entertaining the idea that we could be wrong, say it aloud. The goal is to plant the seeds of skepticism in our interlocutor, and that often starts with the idea that we could be incorrect. A good way to do this without harming one’s credibility is to couple the statement with a few pieces of evidence. To draw on my comments on another post for an example, I could be wrong about the claim that quantum mechanics are fundamental, but our experimental data and mathematics confirm it so far, and I know of no theory which posits the existence of a strata below the quantum has ever been substantiated. If the statement can’t be coupled with some evidence or argument, then it might be time to be skeptical of our own idea.
Take Risks
We shouldn’t be afraid to make risky claims. Extravagant claims can often generate some interesting discussion. It’s a technique that teachers use a lot. But we should qualify those claims by acknowledging them as leaps of logic. Sometimes we think things are true, but we don’t have really good reasons for them, or we know that there’s some fact to the matter about them, and one conclusion seems as good as another. For example, I used to think that glass was a liquid, because I remembered it from some books I read as a kid. Turns out it’s not, it’s an amorphous solid.We all have little beliefs like that hanging around, I think.
Practice What You Preach
It’s not enough to encourage it in other people, we need to cultivate it in ourselves. Imagine talking to someone who spouts off unsubstantiated claims, expecting us to do all the research to disprove them. I’d say don’t be that person, but I don’t think anyone wants to. Regardless, practicing some healthy skepticism is one of the best ways to encourage it in others.

It’s not all sunshine and roses, however. There are some challenges one inevitably faces when doing these sorts of things, which can range from not handling people’s skepticism well to just being a jerk. I’ve outlined a couple below, but if you can think of more, leave them in the comments.

out of them, and a lot of attempts at encouraging skepticism can turn into trolling with little effort. I can’t stress enough that the idea isn’t to make people do their own research by trading on falsehoods, but to create a conversational environment where skepticism and critical thinking are welcome and rewarded. If somebody feels like you’re going to take them and their ideas seriously, they’re going to be more willing to engage with you than if they think you’re silently laughing at them the whole time.
Being Wrong
Encouraging skepticism means being wrong. It may even mean being wrong a lot, depending on the topic. Be ready for that. We make mistakes, we make errors in judgment, and we hold false beliefs. All of us. Think about the evidence, think about the arguments, weigh them, and embrace it. Being proven wrong isn’t a defeat, it’s a victory. It’s an opportunity to take that new information and be less wrong.

Despite these challenges, there’s a great deal of value in skepticism, and being in an environment which encourages it helps us all get smarter. What do you think? Are there better ways to encourage it? Am I wrong?

Also, new song! My friend Lillian gave me a poem she wrote, and I put it to music. I hope you like it.

Nowhere to Go by Jim Tigwell and Lillian Wheeler