Sometimes we have problems. I mean things that seem insurmountable, unsolvable, and monstrously complex, like this one. Okay, maybe not that one specifically. But we 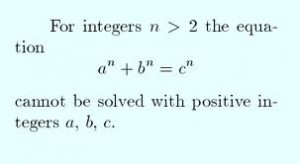 have problems with money, with relationships, with school, logistics…you name it. If the internet has shown us anything, it’s that for everything that exists, there exists someone who has a problem concerning it.

However, I think most problems are really the same problem. Perception. We see these things as difficult, instead of challenging, as obstacles rather than opportunities. That can make us stressed, and since stress is a problem, we now have one more problem stacked on all the others. I want to spend this week outlining some ways to relieve our stress, and turn our problems around so we can deal with them.

It’s the beginning of any good solution. When I say panic, what I mean is anything that costs you energy and time which would be better spent on working to resolve the issue. It can take all manner of forms. Some people cry, or get angry, or even just procrastinate in the face of adversity (a personal vice of mine). I find that this is often because the problem appears so massive or systemic that it’s impossible to deal with, causing us to despair, get frustrated, or just avoid it. It’s easy to say “Don’t Panic”, but how can we avoid it? Methods which calm us down are useful, but can lead to procrastination as we say “Just a bit more, and THEN I’ll deal with it.”

Instead, recognize the necessity for calm. If you can accept that it’s necessary, you can imagine yourself dealing calmly with the issue, and the kinds of things you’d have to tell yourself to put yourself in that state. It’s a technique used by speakers all over the world to deal with nerves. They envision themselves giving their talk flawlessly, and it helps them recognize the conditions which lead up to that. When you’re calm, issues don’t seem as insurmountable, and it’s the prerequisite for resolution.

What can be learned from an issue? How can it help you grow as a person, or change

you? The easiest example of how this can change our perceptions is in disagreements. Whether it’s over how to hang a picture or empiricism vs. rationalism, we can see disagreements as problems. They can undermine relationships, make the workplace environment tense and hostile, or just exile certain topics from the realm of conversation. If we see them as problems. If we look at a disagreement as an opportunity, then it’s a chance for both parties to learn about each other and their reasons for putting forth their view. This is what transforms disagreements into discussions. Similarly with other issues, we can start to treat them like opportunities if we can see the value of learning something from them. Succeed or fail, if you learn something, even if it’s a small victory. And when you get down to it, you’re going to learn something in any case, making a better question “What do I want to be able to learn from this?” How do you want to look back on it? Once you understand what you want to learn, you can work to make that happen. It’s a challenge, not a problem.

Don’t spend too long thinking about what you can’t do. In fact, if you can avoid it, don’t use the word can’t at all. There’s an infinite number of solutions of which you’re 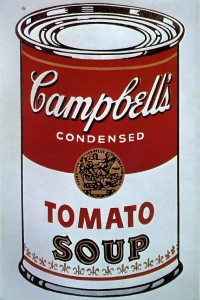 incapable, so if you spend time trying to list them all, you’ll never get anything done. Can’t thinking also lends itself to panic, because it makes the issue look bigger. Of course you’ll have solutions that don’t pan out, but even then it’s possible to focus on what you can do. Ask yourself questions like “How can I make this better?” and “What other things can I do?” This will help change your perception of the issue, and help you create better solutions by developing your imagination. They’re open questions with lots of answers, and don’t be afraid to entertain some of the wackier ones for a bit.

When trying to resolve an issue, throw out the word can’t entirely. If you can’t do something, remember the above, and take it as an opportunity to learn.

That brings part one to a close. This is probably old hat to a lot of people, but truth be told, I only really got a grip on it in the last year or so. Sometimes it takes me a while to figure things out. Essentially, there are no problems, and no opportunities, only issues. We make them into what we want with our perception of them, seeing good and bad in the shadows life leaves on our wall. But if there are ways to make them into good, and that’s better, then why wouldn’t we? Comment, and let me know about some ways you’ve turned problems into opportunities.