As I write this, I’m watching the launch preparations of Atlantis, the final voyage of the space shuttle. It’s T minus twenty minutes, and I’m really excited. It’s the first launch I’ve watched live, and it’s the last shuttle launch there will ever be. Last night, I thought that was a problem. I thought that no more space shuttle meant the death of our dreams of the stars. I couldn’t see what we could learn from it, or what we could do; it was just a cold, budget-based finality. Thanks to the hosts, their interviews, and the crew at NASA, I have a new perspective, three new ways to change the way we think about problems, and a reason to put awesome space pictures in my blog.

Often, what causes the most pressure for us about an issue is the stakes, what we stand 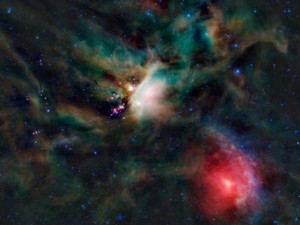 to gain or lose in any given situation. Some of that, we can change. If I’m at a poker table, and I stand to lose not just my money but my pride by staying in, I can decide that pride isn’t worth it and fold. When the stakes are beyond our control however, we can change how we think about them. For example, many of the designers and administrators at NASA don’t see the end of the shuttle program as the loss of a longstanding effort for space research and exploration, but as the gain of a significant portion of their budget to put toward researching new ways to explore the stars. There’s already press releases about further missions centered around the International Space Station, but also talk of pushing out as far as Mars. By changing the way they think about the stakes, the occasion becomes one of celebration, not mourning. We can do this in our own lives, by thinking about the way an issue can give us new resources.

Work for the Best

There’s a saying, “Plan for the worst, hope for the best,” which is certainly a good idea. Hoping for the best is a pretty good start at anything, but what makes the best come about is work. Hoping for the best means that we can imagine what the best possible outcome of the issue is. We could hope that the issue just go away, but that’s not the best. Better than no issue at all is having the issue benefit you in some way. When you hope for the best, you’re hoping that a problem can become an opportunity. That’s a chance to exercise your imagination by being specific. Once you can think of a way in which it could benefit you, you can imagine the steps it would take to get there. This forces you to focus on solutions, and not the problem. From the interviews in the pre-launch webcast, this seems to be the common view at NASA. With the shuttle program coming to a close, a lot of the employees are facing layoffs or retirement, but they remain enthusiastic about the prospect of further ventures into space. None of them are glad to go, but none of them despair, and every one of them said that, given the chance, they’d come right back. Many will likely go on to contribute to other projects. They’re not just hoping for the best, they’re working for it. 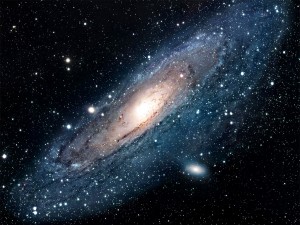 Remember that we’re changing things into opportunities, not certainties. This means that they can change, adapt, fall through, or be created, and none of that is a big deal. That’s what opportunities do. If we start saying that certain things need to happen, rather than wanting them to happen, then we accumulate more problems if those things don’t occur. Needing things to happen in a certain way can prevent us from being able or willing to imagine other solutions, and can make us intractable on the issue. The world doesn’t often conform to our desires, and when it doesn’t we have a choice. We can demand that it does, stamping our foot and holding our breath, or dream up new ways convince it to do so by building on our skills and desires. During the Atlantis webcast, this has come up several times, most notably with regard to the decreases in federal funding. Some people are upset, but others are looking for new ways to bring the program to the forefront of the media, such as having a tweetup for the launches. As well, they’re seeking creative solutions to increase funding, and projects in which to invest it. Rather than simply demanding more money, they’re dreaming up new solutions. It’s something they want, not something they need.

We’re at T-minus thirty seconds and there’s a hold, but hopefully the launch will go off without any further hiccups. By the time this post goes up on Saturday, we’ll all know for sure. I hope this week’s ideas have been helpful, and just before the shuttle goes (countdown restarted!), I want to thank everyone at NASA and other space agencies around the world for teaching all of us that with enough drive, determination, and ingenuity, we don’t have to be afraid to shoot for the moon.