Last week I talked about my opinion and yours, little conversational foibles that seem to undermine our discussions. But it seems like there are are some areas where judgments are just opinion, without justification. Frequently cited ones are things like art, movies, and occasionally the afterlife. I’m not going to touch on the last one today, but all of the others seem to be in a similar vein and deserve some attention. After all, if there’s some kind of area where justification isn’t relevant, I’m going to need to issue some retractions on a bunch of posts. But I don’t think that’s the case. 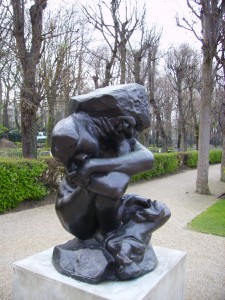 I think the misconception about opinion in art and literature comes from a sort of misplacement of information. If you say “Rodin’s Caryatid is good,” we can interpret that in a few ways. It can mean “I like Rodin’s Caryatid,” or it can mean “Rodin’s Caryatid is good art.” It seems reasonable to think that these are different facts. We can like things that are bad, and we may not like things which are good. The real question seems to be how something in the arts can be good or bad independent of whether or not you like it, and that’s what I’m going to try and answer here.

In the case of art, it seems like we could appeal to standards. The complexity of the relation of colour in a painting and the sophistication of the angles in a sculpture are both examples of qualities in art that we can determine. There’s a fact of the matter about how colours relate to each other. Similarly, with literature we could look at the use of literary devices, the complexity or elegance of language, and a host of other factors. We may not be able to pin these things down exactly, but we can establish them on a continuum. The Adventures of Tom Sawyer displays more literary complexity than Twilight, for example. We can offer all kinds of justifications for that claim by looking at language use, character arcs, every facet of each novel.

So there are qualities that we can measure about the arts, but why does having those 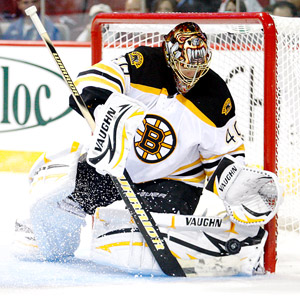 qualities make that art good? It looks like I’ve just pushed the problem back a step, but I think it makes the question easier to answer. Elegant complexities can make art good because they’re evidence of a skillful performance. We appreciate skill in the making of art or movies for the same reasons that we appreciate the skill of a good goalie or an excellent chef. A goalie’s save is good regardless of whether we like it or not (after all, we can admire the skillful performance of the other team’s goalie). The knowledge of what a skillful performance looks like helps us appreciate when it’s done without the skill, as well. An author who writes a brilliant first novel or a child who displays an excellent grasp of the subtleties of painting can be likened to someone making a new dish for the first time and getting it just right. We realize they may not necessarily have the skills we associate with it, but we’ve seen skillful performances, so we know that they’ve done well.

To sum up, whether or not a piece of art is good isn’t a matter of opinion in the same way that whether or not a goalie played a good game isn’t a matter of opinion. There are all kinds of aspects of it that we can take into account to determine the kind of performance it is and whether it’s well done. And I think that extends to plays, movies, tv and books just as easily. Whether you like it or not based on those justifications, that’s entirely up to you. There can be good reasons to think that something is a good piece, but you still might not like it. What’s your opinion on whether or not it’s opinion that matters?