Now that we’ve discussed my opinion, let’s talk about the other side. “It’s just your opinion.” If you thought the self-deprecating undermining of “It’s just my opinion”, this one really gets my goat. And my goat is not easily gotten. But I’m going to take some deep breaths and look at this calmly. What I want to know is what it means, and why we say this sort of thing. 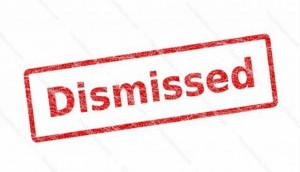 Well, it seems could be dismissing the opinion purely on the basis that it’s an opinion, which doesn’t seem to make sense. “That’s just your opinion” is also an opinion, so we could dismiss it on the same grounds. It seems to devalue a person’s remarks in a way, implying that their opinion is somehow worth less than the opinion of the speaker, so much so that they can dismiss it with a single sentence. It reduces an assertion, argument, or even an entire body of evidence down to a single statement, and then throws it away. It could be translated as “I don’t care what you said, you have no reason to think this thing but you think it anyway.” Which seems like a problematic sort of thing for a discussion.

Now, it could be argued that there are legitimate uses of the phrase. For example, if I said “It’s just my opinion, but it’s snowing.” Then you could legitimately say it was only my opinion. But even then, it seems like there’d be better ways to handle it. For example, you could instead ask “How do you know that?” This would push me to offer you my justifications, and if I had none, then we could set aside my idea that it’s snowing together. It means we’re discussing as equals, neither of us dismissing the other out of hand.

But, I hear you say, whether or not it’s snowing is a matter of fact. We can see it, measure it, and test it. Surely there are other realms, like art, literature, and movies where it does just come down to opinion, and at that point we can safely say that something is just somebody’s opinion. Well, I would reply, were you to say such a thing, that you’ve stepped into Wednesday’s topic.