Happy New Year, provided you use a Roman calendar. I should do a post on calendars sometime. Anyway, I hope you like the new site. If you have any suggestions, email me at jim (at) realpeoplestuff (dot) com, or contact me over twitter or one of those other lovely media which are now in my sidebar. You may notice that the archives are a bit of a mess right now in terms of formatting, and I promise I’ll get them back in shape within the next few weeks, once I’ve finished moving and starting my term. The new year also finally heralds the return of the series I started and totally meant to finish on opinions, how we use them, and what they seem to mean. Despite the title, I’d like to think that this isn’t just my opinion, but an opinion backed up by meaningful justification.

“It’s just my opinion” is a phrase that comes up in discussions I have a lot, and it’s a phrase I have a sort of love/hate relationship with. I like that you’re thinking about the kinds of things which would be needed to assert something in a discussion, but the fact 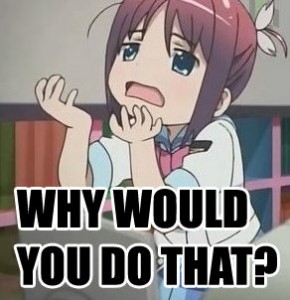 that you noted that whatever assertion precedes or follows the phrase doesn’t have those kinda means you shouldn’t have made it. Moreover, it seems like a safety qualifier, like “No offense.” Ever notice that people only say that when they’re about to say something mean? Ever notice that despite saying that, we still tend to think they’re being mean? “It’s just my opinion” seems to work the same way. It seems to imply that  we shouldn’t hold the speaker as responsible for their assertion as we otherwise would, because it’s solely their opinion. And I don’t think that’s the case. In fact, if you’re willing to assert something without any justification beyond it being your opinion, I think we want to hold you more responsible. We could translate the phrase as “I have no other reason for thinking this is true, but hold it to be true anyway.” That doesn’t seem like something we’d want to endorse at all.

Think about all the opinions you have in a day. In a minute. How many of them, when you really get down to it, are just your opinion and have no other backing at all? Not 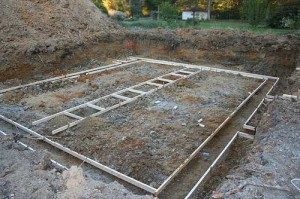 very many, I’d wager. I’d be willing to bet that you have opinions for reasons, and that you think those reasons are pretty good ones. Whether they’re really good or not, that’s something we have to bang out in discussion. I wonder if  qualifying things by saying it’s just our opinion isn’t also a way of covering up our reasons, a shortcut to avoid justifying things. That bothers me, not just because I’m the kind of person who will delightfully spend four hours hammering out a point, but because it involves you undervaluing your opinions. If your opinions are backed by justifications, be proud of them! Let us all see, because if they’re good reasons, then they’re good reasons. If you let us think that it’s just your opinion, how can we do anything but treat it as such, an assertion rendered impermissible by lack of evidence.

Is this just my opinion? I don’t think so. I think we can agree that justification is important. That you hold a belief is important, but why you hold it is important too. What do you think?