This week’s piece of ethical advice is actually two pieces, both of them drawn from Immanuel Kant’s Groundwork for the Metaphysics of Morals. They’re two version of what he calls the categorical imperative, which he uses as the basis of ethical conduct. I’m not going to dig too deeply into the theory today, because today is about one-liners and how they stand up to the golden rule. The greatest happiness principle had a few issues, but I think Kant’s stand up a lot better. Let’s take a look. I’m going to look at each piece separately, but they mean essentially the same thing in application, and are both seen as expressions of the categorical imperative. There are actually four formulations, but these two are the most straightforward, I think. The first one is as follows:

“I ought never to act in such a way that I couldn’t also will that the maxim on which I act should be a universal law.” 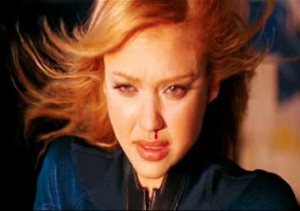 Sometimes I will things to be a universal law so hard…

This means that you should only do something if the principle you’re acting on can rationally be a universal law. Kant uses lying as an example, and points out that if I willed the permissibility of lying to be a universal law, it would make the concept of lying meaningless. If everyone did it all the time, there’d be no sense in believing anyone. So you can’t universalize it, and if you can’t universalize it, you can’t do it. With its concern for universals, this looks a lot like the golden rule at first glance but has some important differences. The imperative doesn’t care about what you want, it cares about what you can rationally will. So even if you have some set of deviant desires or values, you can’t just think about how you want to be treated, but about how things would shake out if everyone did it. And if it’s a universal law, everyone has to do it, in the same way that everyone has to obey gravity, so the argument that some people just wouldn’t doesn’t hold water.

One of the challenges to this is that you could craft a maxim for any situation, thus letting you do whatever you want. Gaming the system, in a way. For example, I might say “It’s not okay to lie, but I really need the extra money and I can get it by lying on my taxes. My maxim is that when you’re in dire need you can tell lies.” And there’s some weight to these kinds of thoughts. A starving person stealing a loaf of bread is in a different situation than a billionaire embezzling a million dollars. This part of the imperative isn’t very sensitive to the range of contexts and complications in human life.

Still, is it good advice? It’s directive. It tells you what not to do, but it’s pretty firm about telling you. It’s action-guiding, because it tells you how to think about the decision, not merely that you should. It’s ethical, because the advice itself isn’t going to make you a better serial killer. But is it followable? It does lack a bit of context sensitivity, but on the whole, it seems more followable than the golden rule. You don’t have to worry about your tastes running rampant over others, and don’t have to use meta-applications of the rule in order to reach conclusions about how to use it.

The second formulation takes care of some of the issues of context, concerning itself with how you treat people, rather than universal laws by saying

“Act in such a way as to treat humanity, whether in your own person or in that of anyone else, always as an end and never merely as a means.”

What this means is that people have their own goals and desires. They’re autonomous agents, and should be treated like that. By ignoring their goals and concerns you treat them merely as a means, the way you’d treat a hammer or a car. This is the same as the first one because it’s exactly the kind of thing you could will to be a universal law without any problems. You can get this out of the golden rule, but Kant’s advice doesn’t appeal to your desires to accomplish this goal, so it doesn’t fall prey to the problem of deviant desires or values. It says that regardless of how you want to be treated, you shouldn’t treat others as a mere means to some goal you have, but as people with goals of their own. 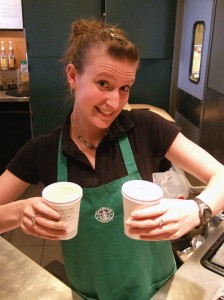 But on the face of things, it seems like we do this all the time. When I order coffee, I’m using the barista as a means of slaking my dark lust for caffeine. The same goes with any industry. I’m using the people who sew my clothes as a means as well. But we don’t tend to think there’s anything wrong with that, so it bears looking at. The difference lies between treating someone as a means and treating them merely as a means, and that usually takes informed consent. The barista consents to provide my coffee in exchange for money which can further her own goals, so there’s nothing about getting coffee from her that necessarily involves ignoring her goals and values. On the other hand, if I were to wave a gun and force her to give me a coffee, I’d be treating her as a mere means, because she doesn’t want to be coerced. I’m not respecting her autonomy.

Like the previous formulation, this gets you everything you want out of the golden rule without a lot of the inconsistencies. It is less action-guiding though, because you have to understand how Kant defines means and ends to really get any traction on it. As advice, it also does a lot better than the greatest happiness principle, because it lacks a lot of the problems that experiences.

I’ve got an ethical one-liner for next week that goes all the way back to Aristotle, where I’ll look at paragons for virtue and the challenges associated with that. For now though, if you’re thinking about quoting the golden rule, consider one of these instead, it’ll get you a lot farther.