Last week I looked at the Golden Rule and whether or not it was good advice, seeng as it’s probably the most cited piece of ethical advice. Whether it’s “Do unto others as you’d have them do unto you” or “Love thy neighbour as thyself” it has a tendency to break down in application. So today I’m going to look at a different piece of ethical advice, the Greatest Happiness Principle. Let’s see how it shakes out. 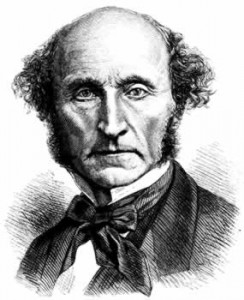 Coined by Jeremy Bentham and refined by John Stuart Mill in the 19th century, the greatest happiness principle is the cornerstone of the ethical theory of Utilitarianism, which argues that actions are right or wrong by virtue of their consequences. Simply put, the principle states the following:

Given the FADE guidelines, it seems like pretty good advice. It’s directive, telling you to do something. It’s action-guiding, because while it doesn’t tell you specifically how to do that (though both Mill and Bentham go into a lot of depth about it, and they’re followed by a hundred years of scholarship), it tells you how to think about things and what’s important when making decisions. Whether it’s ethical is a matter of some debate among philosophers, but there isn’t a way that it’s straightforwardly useful to serial killers. But where things really got hung up with the golden rule was in how followable it was, and that’s where the principle of utility is going to have issues as well.

It does encourage us to examine other people’s interests, and can contain most of the things we want out of the golden rule. After all, if doing unto others isn’t going to make anyone happier, it seems reasonable not to do it. Sometimes it will though, and in those cases, go ahead. As with all advice designed to apply so broadly though, there are some cases where it gets pretty hard to follow. 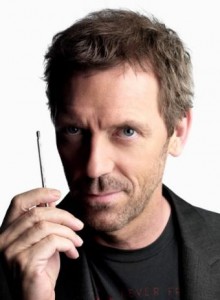 The first of these has to do with collective happiness, and is referred to as the Doctor Problem. Imagine you’re a doctor, and you have five patients who are each dying of a different kind of organ failure, and one patient who’s perfectly healthy. You know that you can save the five patients if you transplant the organs from the healthy one, but the healthy one will die. The greatest happiness principle says that this is a pretty good trade, because there’s a net increase of overall happiness. Even if the one patient’s family’s unhappiness is counted as well, the happiness of the five patients’ families will outweigh it. Typical ways to address this include focusing on rules rather than individual acts, so we might decide that having a policy of not butchering healthy people will increase happiness overall. Another way is to discard happiness in favour of well-being or some other kind of good consequence, but neither of those really get around this issue. 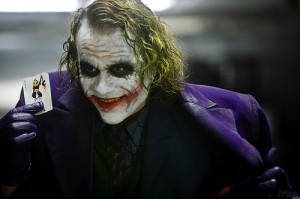 Some men just want to watch the world burn.

The second issue has to do with deviant values in individual happiness, with people usually referred to as Utility Monsters. These are people who get so much happiness out of something that it outweighs any kind of grief that they cause, whether that thing is caviar or arson. The greatest happiness principle has a really hard time dealing with this, but does so as a direct result of taking into account other people’s interests and desires.

The real question here is whether or not it’s easier to follow than the golden rule. It’s certainly harder to know what will cause the greatest happiness to the greatest number. But right out of the gate it has us thinking about the needs of other people which is pretty important when we’re talking about how to treat other people. It doesn’t take for granted that the things you want are the things that everyone wants, so while it does suffer from some issues, it seems like much better advice than the golden rule.

These aren’t the only two options when it comes to one-line advice on ethics, though. Next week I’ll look at two that are tied together. For now though, which do you find more compelling, the greatest happiness principle or the golden rule, and why?