As a philosopher, it’s very difficult to give me advice. Not because I don’t need it, but because the first thing I do is look for corner cases where that advice goes utterly awry. Now, I blame this partly on my brain, which garners a kind of visceral pleasure from vivisecting people’s phrases and exposing their guts, but I also think it has something to do with the world’s growing tendency to try and say things which sound profound but tell you nothing, and to do it in 140 characters or less. A twitter search of #leadership yields such gems as “Stop listening to the voice in your head, start listening to the whispers of your heart.” Which, while attractive, is not incredibly useful.  So today I’m going to look at what advice is, and what makes good advice.

Advice is different from other phrases because it’s designed to help someone reach a goal.  It doesn’t have to be specific to one person either, there’s lots of generally good advice. “Look both ways before crossing the street” is general advice which is pretty useful. Advice is also for other people. It instructs them to do something. Sometimes it’s metaphorical, or applies in a context that’s lot all meaning now, like “Don’t take any wooden nickels,” which essentially means “Try to be critical and examine things thoroughly.” Lots of things are advice. I want to talk about good advice, which has four essential qualities, which fit into the acronym FADE. 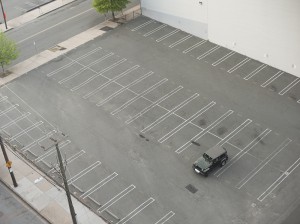 Anyone has to be able to follow the advice faithfully and get closer to their goal, provided the advice actually applies to their goal. If I’m trying to pass my driving test, then “Separate whites and colours” is not helpful. Following it faithfully won’t bring toward my goal because it doesn’t apply. “Don’t crash” is also not good advice, because I could not crash and still fail the test because I refused to leave the parking lot. If there are cases where you could follow the advice and it wouldn’t get you anywhere, it might not be good advice.

Advice also has to be action-guiding. It has to tell you how to do something. “Separate whites and colours” is good advice on doing laundry because it tells you how to separate your laundry. “Separate your laundry” doesn’t give you any guidelines on deciding how to separate it. “Follow your dreams” is a piece of advice I see a lot on Twitter, but it doesn’t say anything about which dreams or how to do that. Everyone wants to follow their dreams, the hard part is figuring out how (and getting them to pay the bills). If advice doesn’t include something about how to get things done, then it’s probably not good advice.

Advice has to direct you to do something, which usually involves including an imperative. “Looking both ways before you cross the street can reduce the chances of you getting hit by a car” is a true statement, but it’s not advice because it’s not a directive. Advice isn’t the kind of thing that’s true or false, but the kind of thing that works or doesn’t. It needs to have that imperative to direct it at someone, otherwise it’s just a proposition.

Advice has to be ethical. It should have provisions about respecting others. If the advice helps you become a better serial killer as well as it does a better person, it’s probably not what we want to call good advice, unless you’re looking for advice on how to be a better serial killer. You might argue that these ethical provisions are implied, or that “Be ethical and considerate of others” is a kind of advice people should generally follow, But that isn’t obvious, especially within areas like leadership, where people are told that “Great leaders are rarely constrained; they change the rules of the game and if that doesn’t work, the playing field itself.” There’s a lot of advice about not letting rules get in the way of getting what you want, and we can only assume that includes ethical rules, because ethics can keep you from getting what you want. Some advice doesn’t need an ethical dimension. “Look both ways before crossing the street” doesn’t need to be “Look both ways before crossing the street and also don’t push anyone into traffic.” It doesn’t involve others, or acting on your desires. “Follow your dreams” on the other hand, has an ethical dimension. Sometimes I dream about a world where the solution to every problem is a punch to the throat and a laugh over hot chocolate. I don’t follow that one.

I want to analyze that first piece of advice using this system now, so you can see how it shakes out. Here it is:

Is it followable? Well, if we assume the goal is to be a good leader (it was hashtagged with #leadership), then it seems like it might be. But what if the whispers of my heart tell me to quit being a leader and go be a lonely schlub who does amateur dentistry, chip crumbs falling into my patients mouths from my unruly beard like some mama bird feeding her young. It doesn’t seem like that would make me a better leader, though it might make me a happier person. 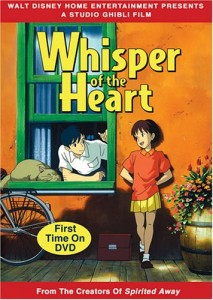 Is it action-guiding? Well, no. It tells you what to do, but not how to do it. All of your desires are in your head, but I’ll grant that it’s a metaphor that tells you to distinguish between what you think you want and what you really want. But it doesn’t offer any guidance on how to tell what’s a voice in your head and what’s a whisper in your heart. Maybe you just know, but if you knew, you wouldn’t need the advice.

It’s directive, certainly. It tells you to do something, and that something is somewhat specific. But is it ethical? Well, if the whispers in my heart tell me to kill and kill again, or to break into people’s houses at night and perform exorcisms on their cats, I might not want to listen to those. Even if that’s what I need to do to get what I want, it might not be a good idea to do it, because there are things which are not worth wanting. So unfortunately, this doesn’t seem like very good advice.

So my advice to you is examine the advice you’re given carefully, and see how well it holds up to the principles of FADE. If it doesn’t measure up, don’t waste your time trying to follow it, but if it hits a few, think about how it could be better. What are some ridiculous pieces of advice you’ve gotten?