This falls out of last week’s post, as well as a few conversations I’ve had over the past couple weeks, particularly about advice and ethics. One of the ideas which tends to come up a lot is the golden rule, and for good reason. It’s a deep part of the history of just about every culture, but is it actually good a good principle on which ethically? Can it really define the right thing to do?

“Do unto others as you would have them do unto you”

And it seems pretty straightforward. You don’t want anybody to kill you, so you shouldn’t kill anyone. Same with stealing, assault, prejudice, the works. It’s a rule that seems like it can guide our conduct in all things, and it’s formulated in a lot of ways in different cultures. For these kinds of things it seems to do really well, which is likely why it’s persisted for so long. It rests on an idea of ethical reciprocity, a give and take that seems like it tries to have you put yourself in someone else’s shoes.

But one of the problems with it is that while you’re in their shoes, you’re still seeing things from your eyes. Playwright George Bernard Shaw said of the golden rule

“Do not do unto others as you would that they should do unto you. Their tastes may not be the same.” 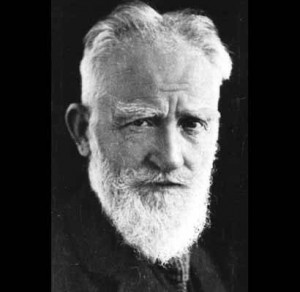 And there seems to be some truth to that. Let’s imagine that I don’t like bacon. I dislike it so much that I never want to eat it. So, following the golden rule, I would never serve it to anyone. Seems pretty straightforward. But I’m planning my buddy Steve’s birthday party, and dude loves bacon. He’s got bacon soap, eats bacon-wrapped bacon, the whole nine. But I don’t serve bacon, and Steve approaches me afterward and says “Great party, but I was really hoping for some bacon.” Am I justified in my decision? I’m following the rule, but in following the rule I’ve completely disregarded Steve’s desires.

Now there’s an objection to this, which is that in thinking about bacon, I’m not asking the right question. I should be asking “If someone were planning a party for me, would I want them to take my tastes into account?” And the answer is yes, so I should take Steve’s into account and serve bacon. But now I have two conflicting answers about the same action, and the golden rule can’t get me out of that, because it can’t tell me which one to do. In both cases, I’m follow it faithfully. 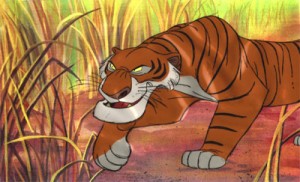 This is the hour of pride and power,: Talon and tush and claw.

There’s another issue that’s associated with that, but runs deeper than different tastes. When you have radically different values, the golden rule will tell you to do radically different things. For example, someone might value the law of the jungle, kill or be killed, and enjoy having to prove their strength. They want people to challenge them even to the point of death, perhaps as some kind of heroic warrior ideal. Since they want this for themselves, it follows from the golden rule that they should want it for others and treat other people as though they wanted the same. To the question of whether they want other people to take their wishes into account, the answer is a clear negative. That’s exactly what they don’t want, they want people to try and push them around. This is perfectly compatible with the golden rule, so if we use the golden rule to determine what the right thing to do is, it follows that this is the right thing to do. But I think it’s uncontroversial to say that running around assaulting people and generally imposing your will on them isn’t something desirable, which leaves the golden rule confounded.

A final issue is that it doesn’t take into account different situations. We can see this in arguments about taxes. In the case of a 50% income tax, we might say “You wouldn’t want to be taxed 50%, so you shouldn’t wish it on others.” That’s fair, right? But taxing someone who’s working poor half of their income will mean that they can’t survive, while taxing half the income of someone who’s wealthy might keep them from buying a somewhat larger yacht, but isn’t going to endanger their ability to flourish. I’m not trying to make arguments about taxation here, I’m just pointing out that the golden rule isn’t sensitive to these different situations in a straightforward way. You can formulate it differently, by saying “If I were working poor I wouldn’t want to be taxed 50%, so I shouldn’t advocate that the working poor be taxed 50%”, but that leaves you with conflicting answers, and the golden rule isn’t a lot of help in deciding which one is more worthwhile.

So the golden rule is pretty okay advice sometimes, but not really good advice. It tells you to do something, it tells how how to do it, and it’s generally not useful for serial killers, so it’s directive, action-guiding, and ethical to a point. But it can also justify a lot of the things which we’re trying to get away from by using it, so it’s hard to say that you can follow it faithfully. Some of these examples are pretty out there, but I think it’s safe to say that if an ethical rule can be used to justify things that make people generally worse off, or things that we don’t consider ethical, we either need to revise what we consider to be ethical, or revise the rule. In this case, especially with the warrior culture example, this is the case. But what are you left with, then? It’s a nice saying, and though it may not work well after some thought, it’s a good one liner to get people to stop hitting each other with sticks. I’m going to dig into that over the next few weeks, and provide some other ethical one-liners that you might find more useful, while looking at some of the theory behind them.