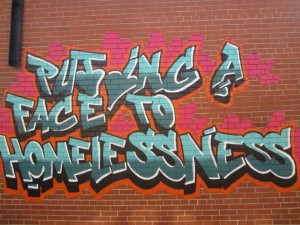 This past Saturday, I was given a gift. I got the opportunity to go with three friends to Toronto for the unveiling of the We Are Visible mural and the kickoff of Project Winter Survival, a collaborative effort between a number of groups, including the Bargains Group, Invisible People TV, and the Toronto Police Service. I met some great people, had a great experience, and remembered some things which I forget sometimes, and I think it’d be useful to share some of that here. 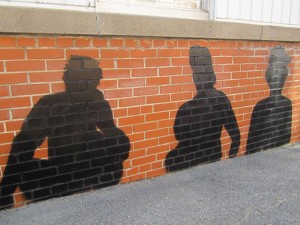 When I was growing up, we were never homeless, but we were at risk. It was just my mum and I, and we were hand to mouth working poor. When I grew up and started working on my own, we were still hand to mouth working poor. Food bank, Christmas hampers, that was us. One bad illness, one missed paycheque, and it would have been soup kitchen and shelter. My mum raised me while she worked full time, finished high school, and became the first person in our family to get a university degree. When you live like that, homeless people are invisible to you, not because they make your day awkward, but because you can’t stop to think of what you’d do in their situation. It’s already on your mind, because if you lose your job, you’re going to be right there next to them. It’s not just “The Homelessness Problem”, it’s homeless people. People. We tend to forget that, seeing shapes rise from doorways, one hand outstretched. 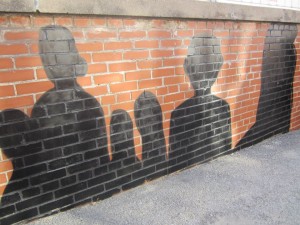 Saturday made me remember a cold day in November a few years ago, when I worked in a convenience store. A local panhandler had taken up a spot outside my store, sitting on a blanket with his dog. I’d seen him around, I live downtown and I see everybody around sooner or later, and he was an alright guy. But several of my customers commented on his presence, saying that I ought to run him off, or that he ought to get a job, the usual things. But I looked at him out there in the cold, and looked at myself, sitting inside, eating popsicles and reading Aristotle and realized that, were there a slight shift of circumstances, I’d be the one out there freezing and trying to get people to look me in the eye. “You know what?” I said to my customer, “He’s working harder than I am. Let him be.” It wasn’t a perfect answer, but it was the best one I had. I couldn’t imagine a way I could help him, but I could at least let him try and help himself. 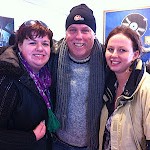 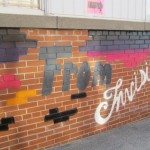 Happily, there are lots of people who don’t suffer from the poverty of imagination that I had that day. Mark Horvath, after being at risk himself, now tells the stories of homeless people all over north America, and is always hunting for new ways to help. I already mentioned the Bargains Group, who are sponsoring Project Winter Survival and trying to make sure that anyone who has to sleep outside hopefully won’t die from it. It happens locally, too. A number of churches in the KW area run an Out of the Cold program from the beginning of winter to about the middle of spring, serving a hot meal (and I do mean serving. Tablecloths and servers, none of the Oliver Twist stuff I imagined) and putting people up for the night. Jodi and Melissa, seen here with Mark, are running 50 Teens for Christmas tonight, working with ROOF to give 50 homeless teens a real Christmas. I love the ideas of these, that we can help people by treating them like people, rather than like outcasts. 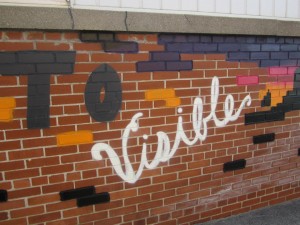 I want to leave you with some shoutouts and a poem, something my brain cranked out freezing my butt off in front of that mural, but knowing I could go inside any time that I wanted. Thank you Melissa, Jacki, and Jodi, for inviting me along. Thank you Mark Horvath and Scott Mills, as well as everyone at the Bargains Group for the work that you do. And thank you Jeff Pulver, who got us there without any hesitation, and for cherishing the stories that no one ever hears.

What Would You Do? 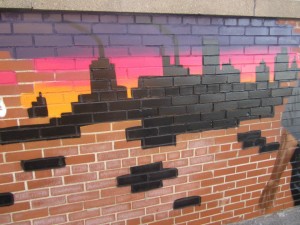 What would you do if you had to make the choice?
If your banker told you, in a soft voice, that you would lose your house.
That you’d have to get out. 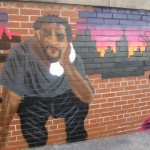 When faced with cold grey certainty of a sidewalk-based reality, would you raise your voice?
Would you scream?
Shout?

What would you do?
Standing on the street corner, a lost, pieless, little Jack Horner,
Sleeping in stark cold doorways and just wishing for those summer heatwaves.
Can’t even dare to dream about the thought of living in a house,
but catching gusts of warmth from subway grates, hoping those approaching footsteps aren’t approaching fate…Who’s around to warn you?
Who’d be there to mourn you?
What would you do? 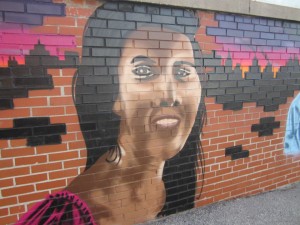 Go on, tell me what you’d do,when you got handfuls of change from people who looked right through you,
heard those less giving say “Get a job! screw you!”
The world is black and white but all around you they’re in colour, walking past you, you can see that they’re themselves and you’re the Other.
They’re talking about all the new things that they’re seeing on tv, and you can’t help but wonder
“Can they even see me?”
Sleepless nights making days all bleary, break you down, weak and weary,
Just try to get a job when you haven’t sleep in weeks, don’t have an address, haven’t had enough to eat.

What would you do when it’s hard?
Imagine your kid out on the schoolyard, 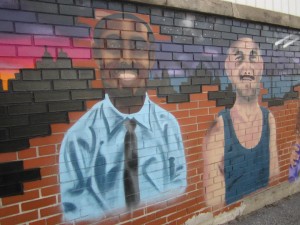 Hearing xbox talk and not knowing what to say,
Watching the others go home at the end of the day.

While they’re going back to the shelter.
Life in tatters, helter skelter.
What would you say when they ask, when they don’t comprehend,
“Mom?
Dad?
Why can’t we be like them?”
What would you do?
Take a second, imagine yourself in this placement,
your whole world three missed meals from devastation.
Who would choose that life with any other alternative?
Who’d depend not on what they make, but on what you can give?
We pass them every day, blind to them and circumstance, 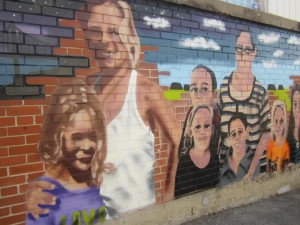 The invisible among us, we throw them change but not a glance.

What would it be worth to you, were you in their position
How would a bit of dignity affect your disposition?
If there’s one message from these rhymes I wish that you would take,
It’s that change isn’t a thing you give, it’s something that you make.