I don’t propose ordering feelings in any sort of ranking, but I think that for certain purposes, some feelings are more useful than others. The purpose I have in mind here is making changes, or getting things done. It’s something I spend a lot of time doing, and I don’t think I’m alone in that. There are certainly lots of feelings which can help us achieve our goals, but the one I think is most effective is a deep-seated sense of dissatisfaction. Stay with me here. 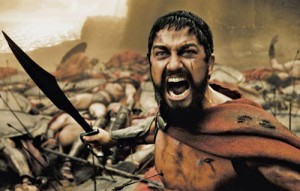 At first it seems an unlikely candidate. For one thing, it doesn’t really make you happy. In fact, it’s quite the opposite. It bothers you until you do something about it, often by either changing our situation or changing ourselves. Even if it’s something which motivates you, it doesn’t seem like the kind of thing you would want to motivate you, in the same way that you wouldn’t want to be moved by anger, despair, or panic. But I’m going to argue that it’s the best, because it provides more motivation than other feelings, and is harder to dispel. It’s very similar to a more positive feeling, the desire for happiness, but I’m also going to argue that it’s stronger than that.

You can be motivated by all kinds of feelings, but most of our feelings are somewhat transitory. Anger, sadness, grief, joy, they’re feelings of the moment. This brand of dissatisfaction however, persists for much longer, and creates inner strife while it’s there, pushing you to resolve it in some way. What’s more, being able to seek a resolution requires that you be able to articulate what you’re dissatisfied with. You may only ever have to say why you’re angry when you’re challenged, but dissatisfaction requires you to challenge ourselves, or it won’t go away. There are other long lasting feelings, like love or hatred, but those don’t seem to be action guiding in the same way as dissatisfaction. You can be motivated by love, but it seems strange to say that you  want to get a promotion because you love what you could do there. Love seems to imply a kind of certainty which you wouldn’t have. It could be true, but it would be unlikely that it was true in more cases than deep dissatisfaction.

It’s also much harder to make dissatisfaction go away than other negative feelings. Loneliness or misery can be resolved through a number of ways, but dissatisfaction seems more like curiosity. It demands specific kinds of resolutions, and those resolutions need to be binding in some way, in the same way that curiosity is often not satisfied by an answer, but demands the right answer, or at least a good one. If you’re curious about why the sky is blue, the answer “Because it is” is an answer, but not one which will satisfy your curiosity.

But it could be that there are still better motivations, which have definite similarities to dissatisfaction. One example is the pursuit of possible happiness. That’s pretty awesome, after all. We acknowledge that we could be happier, and work toward it, rather than being unsatisfied with things and working to change. I’m not so sure. Let’s 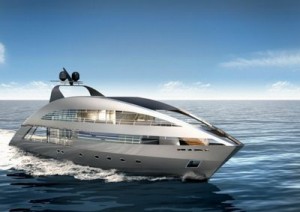 imagine two people, Sam and Jay. They lead nearly identical lives, with identical jobs and reasonably identical families. In fact, the only appreciable difference between them is that Sam feels a sense of deep-seated dissatisfaction when he thinks about his life, while Jay feels that he could be happier. Both of them want a yacht (or a promotion, or a career change, or what have you). Jay, since he feels no dissatisfaction, is satisfied in some way with the current state of affairs. When it comes to making choices that can affect his ability to get a yacht, he has to weigh things differently than Sam. Sure he’d be happier if he had a yacht, but he’s satisfied now. Sam on the other hand, is dissatisfied. He knows what he wants, and when it comes time to make choices which involve getting what he wants, his dissatisfaction motivates him to get the yacht. He doesn’t have to weigh it against current satisfaction. The result is that Sam is more apt to make decisions which result in a yacht, and thus is more motivated by his dissatisfaction than Jay is by the desire for greater happiness. It’s true that Sam has a desire for greater happiness as well, but that isn’t the source of his motivation. 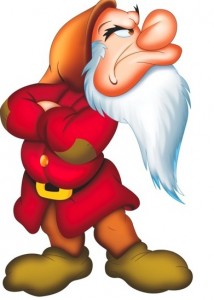 I’m making it sound like being grumpy is a good thing, but I think that’s reasonable. Think about all of the movements and changes that have happened over the last hundred years that began with that kind of dissatisfaction. The sentiment of civil rights and suffrage weren’t “We think it would be nicer if things were different” but “We are done with things staying the same”. When we say we’ve had enough and make a commitment to change, whether in our careers, our educations, our relationships, our habits, or ourselves, the way to make it stick seems to be having that deep-seated sense of dissatisfaction. I’ve got it for all kinds of things. Do you?