Last week we got swamped with some Headshots From The Heart related business and didn’t get our Hexup out. We’re back this week with our usual strange assortment of cool ideas and interesting news stories. 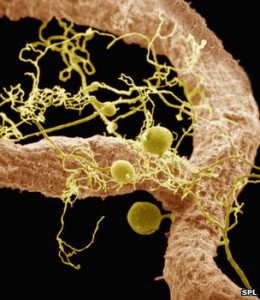 Researchers in the UK have announced in a paper published in Ecology Letters the results of a study that indicated that neighbouring plants can send signals to each other through underground networks of fungi. Plants were able to “warn” other plants of Aphid infestations allowing uninfected plants a chance to mount defenses. http://www.bbc.co.uk/news/science-environment-22462855

Project Eidos is the brainchild of a group of art students from the Royal College of Art in London. They have conceived and built a pair of wearable masks that allow the wearer to either  selectively focus their hearing or to add visual effects to what they see. The masks loo kind of freaky but they could be a promising development in wearable computing.  http://www.cnn.com/2013/05/08/tech/innovation/mask-gives-superhuman-abilities/index.html

Solar Plane Journey’s Across US

A cross country flight of one of the worlds’s first fuel free aiplanes began late last week in San Francsico. The plane, called Solar Impulse has already completed a 24 hour flight as well as an intercontenental  flight. Its pilots see it as a beginning of a Clean Generation Initiative which they hope will lead to more environmentally sustainable programs. http://www.bbc.co.uk/news/science-environment-22369680#?utm_source=twitterfeed&utm_medium=twitter

A Lesson for Would-Be Pirates 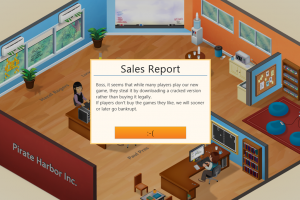 Richard Branson’s commercial spaceflight company Virgin Galactic announced last week that their ship SpaceShipTwo successfully completed it’s first powered flight. They hope to begin flying people into near space withing the next few years. Now if only i could scrounge up the $200K for the ticket.  http://www.bbc.co.uk/news/science-environment-22344398

A reminder that we are never alone, of the power of choice, and the freedom of education.

Have a great weekend everyone.