I’ve been looking forward to writing a post about this, because it showcases some issues while letting me give some shoutouts to a lot of great people. A year ago, I wasn’t a recluse, but I was pretty close to it. I saw a few people, went to school, and went home. Last Saturday night, I went to a party. It was my second party ever, if we qualify a party as somewhere where there’s drinking, carousing, and lots of people I don’t know. My first was just a week ago, so it’s a pretty new experience. And when I was invited, I was kind of afraid. I only met Steph and Gord Tanner a few weeks ago, and here they were inviting me to their home where there’d be all kinds of people I’d never met. What if I didn’t have anything in common with those people? I don’t drink, I’m not as active in the community as I’d like to be, I don’t run my own business, I just go to events because I’m interested in people and learning how to be interested in people. How would I get there? How would I get home? What if I had to leave early due to some terrible faux pas, but my ride wanted to stay late? Nevermind that I couldn’t actually think of a faux pas which might get me ejected. It was a first world problem of the first order, and I was afraid. 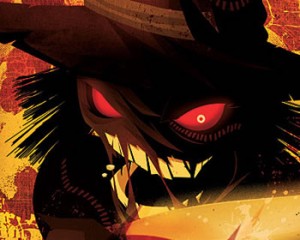 And that’s okay. I’m people, and people grow fearful of all manner of things with great frequency. The question I had to ask myself was, what now?

I think fear is an emotional reason. “I didn’t do X because I was afraid of Y” is a perfectly understandable sentence. It serves as a reason in the same way that anger, sadness, happiness, excitement, or any other feeling does. It lets us explain our actions, and can serve as a justification. But is it a good reason? Is being afraid a good reason not to do things? A good reason would be able to serve in all similar cases, so if we consider fear as a good reason not to ask someone to dance, then it’s also a good reason to pursue an inquisition, because the relevant cases it affects are simply “Doing stuff.” I think it can serve a cautionary function, sometimes it’s good to think twice if you have reservations about something. It can make you reexamine your reasons and double check them. it helps you become aware of risk, and keep a sharp eye on the stakes of a decision.

So how do you fight fear? I don’t think you can. Fear is bred into us, an instinct that runs deeper than consciousness, and isn’t going anywhere because it’s useful in a lot of situations. But you can accept it. You can say “Yes, I’m afraid. But there are good reasons to do this anyway.” there are all kinds of reasons at play in any decision, and fear cripples the imagination. It’s the progenitor of regret, keeping us from thinking of what we ought to. So I accepted that fear, and I answered the questions. I’d get there by relying on people in my community, and by being willing to ask for help. I’d get home the same way. I’d meet new people there, and there’d be plenty of people I already knew. All of the people I had met at events were exciting, intelligent, interesting, and open-minded, so my worries about a faux pas were utterly unjustified.

And so I went. I had great conversations with Diane and Lisa, who I met back at #MeFest; and rocked the karaoke mic with Robb, who I met at Ignite Waterloo; and Jacki, who I met at Gibson Loves KW. I didn’t know any of them before April, but we’re certainly not strangers. It’s like Lise Anne told me once, “Once I stopped worrying and got over myself, I had a great time.” And I did. My fear never went away, sometimes I could feel my knees or voice shaking as I stood up to the mic, but the point is that I stood up and did it. Thanks to Joy for getting me there, Melissa and Nik for getting me home, and especially to Steph and Gord for inviting me into their home and showing me a good time, and for giving me the opportunity to overcome some of my more irrational fears.

In the end, I think fear is like your parents. You’re never going to be free of its effects, but that doesn’t mean you have to let it run your life.