Somebody posted a quote on my Facebook yesterday from Marilyn Monroe, which got me thinking about trust. She says, “…you believe lies so that you learn to trust no one but yourself.” And that rankled me a bit. I spend a lot of time thinking about trust, because it’s important to my work in ethics, and also in gaming. We have a lot of ideas about trust. The X-Files says to trust no one, Shakespeare says “Love all, trust a few, do wrong to none,” and Ronald Reagan said “Trust, but verify”. I’m just gonna leave that Reagan one there, not because it’s silly, but…Reagan. Anyway. I think we trust a lot more people than we let on, and we do it without them ever having earned it in the sense that we would normally think people do. Let me explain.

I think that we trust all kinds of people. If you have kids, you trust babysitters, 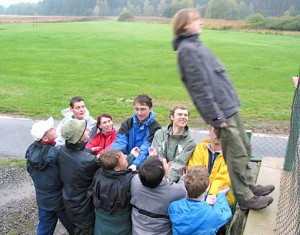 teachers, school staff members, and bus drivers. If you live in a house, you trust contractors, architects, and engineers. If you drive a car, you trust the people who made it, the people who fix it, and the people in charge of those people. If you live in a country, you trust politicians,  police (even if you have good reasons not to like the police, they’re still the ones you call when your car gets stolen), and probably the army (though that’s a tougher case to make most of the time). Sure, there are processes for vetting these people and making sure that they’re trustworthy, but those processes are administered by people, so that means you have to trust those people too. None of them ever earned it in the way that say, a friend does, but by relying on them, you trust that they’ll do right by you.

But, you might say, that’s not really trust. Not in the way you mean it when you’re about to jump out of a plane with your best friend and they look you in the eye and say “Do you trust me?”. Trust is being able to depend on people through thick or thin. And when that trust is betrayed, we get upset (reasonably so, I might add). Well, don’t we do the same with the above people? If your house falls down around your ears, or you hear about corrupt cops, rule enforced by the military, or babysitters selling kids for pixie sticks, you get upset. You get mad. Why? Because you trust these people. And they didn’t even earn it. You extend it to them, because you trust the people who refer them to you, or the uniform they wear, or the title that they have. The idea that trust is something to be earned seems a little weird in the face of just how many people we trust in the course of a day. 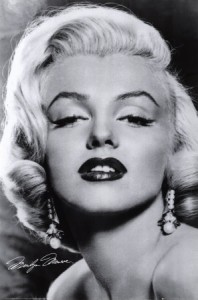 But just because you do, that doesn’t mean that you should. Maybe Marilyn is right, and you should only trust yourself. What would that world be like, I wonder? We wouldn’t be able to have any kind of infrastructure. Police, engineers, schools, that sort of thing. Without trust, cooperation is pretty much impossible. There comes a point in any endeavour when you’re required to trust someone else. If you trust only yourself, then cooperation is impossible. We could try and make a case for cooperating with someone and still not trusting someone, but if you genuinely didn’t trust your babysitter (thus trusting only yourself), what possible reason would you have to leave your kids with them?

The upshot of this is that I think “trust no one but yourself,” or even “Trust a few” to pick on Shakespeare, is bad advice. The evidence shows that we trust a lot of people in a lot of places every day. Even numerous betrayals of your trust doesn’t constitute evidence that you shouldn’t trust anyone, only that there are people who you cannot trust. A better piece of advice might be Reagan’s “Trust, but verify”, but if you’re constantly double checking on someone, then it seems to belie the claim that you trust them. I’m no Marilyn, Shakespeare, or Reagan, and trust is a complicated issue, but it’s something I want to chat about for the next few weeks. That’s right, we’re going to talk about the ultimate exercise in trust, the Prisoner’s Dilemma.