So last week I introduced the idea of that the thing that we ought to do is the thing which is would justifiably endorse as a best practice, which is a technical way of saying that what you should do is do your best. Two weeks ago, I laid out the sketch of the Conspiracy of Accomplishment (which is in its second cycle now, and going swimmingly). It’s a space where people can accomplish their goals, and are encouraged by all manner of helpfulness.  In essence, it’s about helping us do our best. But, as people have asked me, “How do you keep people honest?” There’s a trick to it. 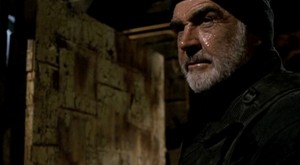 Sean, in this you are wrong.

No one but you knows if you really did your best. People can make assumptions, they can even offer arguments one way or another, and I’m not saying they’re always wrong. Just that you are almost always right about it. If you endorse something as a best practice when you know there’s something better, you’re not actually endorsing a best practice. Even if what you come up with is revolutionary and amazing and everyone loves it, you know how it could be better. We are each in charge of keeping ourselves honest. This has already come up in the Conspiracy. What if people lie about their accomplishments to get out of paying the penalties? Then they don’t get anything out of it except the knowledge that they’ve deceived someone.

The advantage of you being the only one accountable for your best, is that your best is going to move. As you learn more and imagine better practices, they’re going to change. And it’s a best practice to work toward better practices (we certainly want other people to do it). It also means that you know when your limits are different. Imagine running a footrace, doing your best, and winning. Pretty cool. Now imagine running the same race in a cast, doing your best, and losing. You were slower in the second race, but the fact that you did your best didn’t change. You know that. I suppose I would mind being tied to the railway…

The big question, of course, is what happens when you can get away with not doing your best? What incentivizes you to follow best practices when it’s to your advantage to do something else, and you’re 100% sure you won’t get caught, so there’ll be no consequences to you. It’s not an easy question, but when it comes to best practice, it seems like it contains a bit of a contradiction. If you’re sufficiently self-interested that you think you should put your interests above a best practice when you’re sure you won’t get caught, that’s the practice you’re endorsing. But endorsing it means thinking that other people should do that, even if it means putting their interests above a best practice that would benefit you. And you’d have no recourse, because they’d never get caught. Maybe you think that’s fine, until you realize that one of those people is your doctor. Long story short, if you’re so self-interested that you endorse practices that work against your self-interest, you’ve got some things to sort out.

And if you fail, then you fail. You know if you tried your best. Of the ten people in the conspiracy, nine of them failed at something last cycle. I’m still going to fail at things come this Sunday, but I know what the last two weeks have been like, and I know that I’ve tried my hardest to get them done. Ultimately, that’s all I can really get at. So the advantage of best practice is that it’s sensitive to you, and it means that the only person who can really set the bar is you. But it also means being honest with yourself. What does this have to do with stakeholders and heroes? Next week.