Even if you are, you’re not good enough. René Descartes said in his Discourse on Method,

“The most widely shared thing in the world is good sense, for everyone thinks he is so well provided with it that even those who are the most difficult to satisfy in everything else do not usually desire to have more good sense than they have.”

We all think we’re good critical thinkers, that we’re not easily taken in by things and that we have enough sense to sort true things out from false and good arguments from bad. In the same way, everyone thinks they’re an above average driver. ((Iain A. McCormick, Frank H. Walkey, Dianne E. Green. “Comparative Perceptions of Driver Ability–A Confirmation and Expansion.” Accident Analysis & Prevention, Vol. 18, No. 3 (June 1986). pp 205-208)) But not everyone can be above average. That’s not how averages work, but as I said, we’re not good critical thinkers. Not by nature. We have to work at it.

Thinking critically means assessing beliefs and decisions with thorough examination, seeking out all of the available information, and ensuring that any conclusion reached is well-reasoned. It involves recognizing bias as it crops up and understanding logic and implication. A someone thinking critically understands how to evaluate evidence and what constitutes evidence. Engaging in critical thinking helps create better beliefs and better decisions, because they’re thoroughly considered and grounded in reason. Considering things critically helps us get at the truth more often.

But you’re not a good critical thinker. Neither am I. Some of the areas we likely have 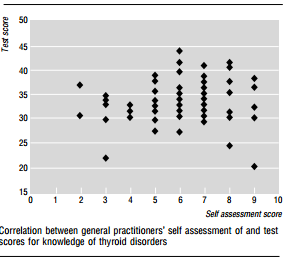 I keep saying you’re not a good critical thinker, but the truth is, you might be. What I’m trying to get at is that you’re not good enough to avoid these kinds of things all the time. Neither am I. Neither are my professors, who have been doing this for a lot longer than I have. But thinking “I’m a good critical thinker” can lead us to rely on our good sense which, as you’ve seen, isn’t good enough, though you may have it in good supply. I think that, with regard to critical thinking, your worst enemy is the complacency which your own good sense engenders. Now that the formal logic posts are wrapping up, I’m going to move on to some critical thinking on Saturdays, starting with recognizing logical fallacies and moving on to other biases. Also, please let me know what you think of the footnoting.