Whoville. You know, like in How the Grinch Stole Christmas. It’ll get…Just read. 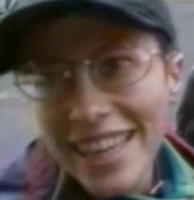 I was thinking about this one day when I saw an old magazine in an antique store. Sadly, I didn’t buy it, and I can’t find it online. On the cover was a picture of this old man sitting in front of what had presumably once been his hardware store, and likely his flat as well, during the blitz. It was little more than a crater, but he’d recovered some tools from it, built a little table, and was sitting on some rubble hawking his wares. His livelihood was basically gone, the city was collapsing around him, but he had the biggest damn grin we ever saw and a sign that said “Business as usual”. I saw it during the WTO demonstrations in Seattle in 1999. A woman, eyes red from tear gas, aid “Your normal rights don’t apply in Seattle today.” “Why’s that?” the reporter asked. And she flashes the grin. “Because we’re winning.” And it’s the same with Whoville. The Grinch stole their trees, their decorations, their presents, even their roast beast, but they were singing. They had something left, which belonged to them. Stories of this abound throughout history, of human courage and greatness emerging from the worst conditions.

But what am I really saying? Thesis sentence right here: we are the architects of our own misery.

We’re responsible for how we react to circumstances. What’s more, this is a good thing. We can’t change anything until we accept responsibility for our part in it. Being the architects of our misery also means being the architects of our love and, ultimately, our joy. What we tell ourselves about our circumstances shapes how we react to them, and we can develop habits which help us react more constructively. Examples of unhealthy reactions are things like despair, depression, obsession, or rage. They don’t do anything to help us, and often lead to other situations where we act against our interests. There’s a great saying that sticks with me, “When we’re angry, we make the best speech we’ll ever regret.” So I’ve brainstormed three ways in which we can convince ourselves to find joy in stress.

Not “Discard feelings”, but address them. Despite what poets would have us believe, feelings aren’t rampant, uncontrollable torrents which flow forth from the hidden depths of our psyche. We address our feelings all the time, usually without too much trouble. When we feel hungry, but we’re busy, or on the road, or somewhere else where we can’t eat right now, we placate it by saying “I’ll eat when I can,” or by making some kind of plan. It doesn’t make the hunger go away, but we acknowledge that we’re hungry and address it by making a plan. So why not do the same thing with anger, or worry, or despair? For example, I have bit of a temper. Sometimes I get angry over little things, and it used to cause all manner of problems. Still does, sometimes. But now, when I get angry, I think about why I’m angry, and I find that there are rarely reasons to be angry. If someone’s consistently doing something I don’t like, getting angry isn’t going to change that. If I’m frustrated with an article or a game, no amount of yelling is going to help me do better. They’re good reasons to take action, but being angry isn’t one of those actions. This doesn’t always make me less angry, but it makes me less likely to act on it, because I understand it, and I can spend time on making a plan that will actually help me achieve my goal. When we take responsibility for our feelings and understand the reasons we feel them, that’s when we can address them and make 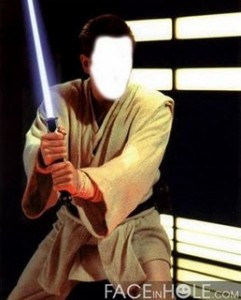 We are the stars of our personal narrative, and the stories we tell ourselves shape our experience. But we’re not just the stars, we’re the writers. By changing the story, we can change the way we see things. This is how techniques like visualization work, by getting us to imagine ourselves not being upset, and asking us how we would need to change our story to make that happen. And the most important story is the one we tell ourselves about ourselves. The things we can and can’t do, where we belong and where we don’t. That’s the story where we set our limits. We can change that story by being specific (rather than just telling ourselves how awesome we are), and by drawing our attention to places where we’ve done well, rather than focusing on our failures. Sometimes I still get nervous when talking in front of people, and I remind myself that I’ve done theatre and juggling shows for complete strangers, and they’ve gone without a hitch. If I can do that, then I can talk to a crowd. Reminding ourselves of our successes is one of the best ways to stave off worry. We did those things, not someone else. We’re responsible for them, and we can do what needs to be done.

Take the word can’t, and throw it away. In the trash. Gone. Discarded. Similar words, like impossible, need to go too. If we say we can’t do something, then we can’t do it, and nobody can make it so. That’s as true for riding a bike as it is for making new friends or hosting a cocktail party. Think of how it feels to run up against that wall that says we can’t do something. We built that wall, and we can knock it down. Discarding can’t has taken us to the moon, it’s got us communicating in ways which we never thought possible, and a million other things that we couldn’t do. If we think that there’s even the slightest chance that we can do something, then we can try. After all, if you can’t do something, why try? Eliminating can’t is about taking responsibility for our setting our own limits, and believing that we can do better than we are.

None of these are miracles. None of these are things that can ensure that we never despair again, and I’m certainly not saying they’re easy. They’re like exercise. You don’t start exercising by just deciding you will and then doing it. Rather, every time you have to choose to work out, to get up and run, even on the days when you don’t feel like it. You develop a habit of exercising, and it’s not always easy. There’s a lot of failure involved, but we get to be responsible for how we react to those as well. How do we feel about failure? How can we change our story so failure is a learning experience, rather than a defeat? These are the kinds of things which keep us going in the face of great loss. What are some ways that you find Whoville?