It’s been a fun break, but it’s time to get back into this. I’ve been doing a lot of thinking, as well as making music, going to a wedding, and working on my thesis. I want to take some time to fill in some gaps that I think I left, and talk about arguments. It’s worth talking about what they are and how to make them without the formal elements, because if you can identify how an argument works, it’s easier to see if it’s a good one.

Now, an argument isn’t something you want to have, it’s something you want to make. A series of premises which lead to a conclusion. That much you know. Some arguments are better than others, and we can evaluate them based on whether their premises are true, and whether the conclusion actually follows from the premises. But there are different ways of constructing an argument, and today I want to touch on the two most common ones.

Deductive arguments tend to move from general principles to specific cases, like this: 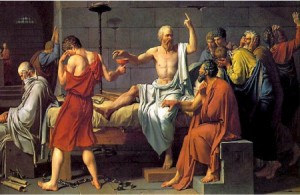 Even at the end, he refused to hail a cab

It takes a general principle and applies it to a specific instance. If it looks familiar, it’s because you’ve been seeing these in the Saturday lessons in logic. Or because you’ve taken any logic course ever. What makes deductive arguments interesting is that if the premises are true, then the conclusion follows necessarily, as long as the argument is valid, which is to say that it follows the rules of inference and substitution. If it’s valid and has true premises, it’s described as a sound argument, and is probably the best you can get in argumentation barring a mathematical proof. But there are other kinds of arguments. 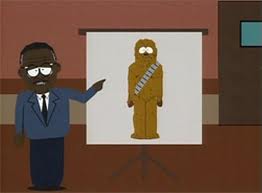 It takes a large sample, and generalizes it to all cases. But it doesn’t have to. Legal arguments are inductive as well.

1. Ralph was found dead of a gunshot wound.
2. Steve was found in the room with a smoking gun in his hand.
3. The bullet that killed Ralph came from the gun in Steve’s hand.
4. No one else was in the room.
5. Therefore, Steve shot Ralph.

This isn’t merely a survey, but a collection of facts which seem to point to a conclusion. It’s possible that Merlin was also in the room, shot Ralph, thrust the gun into Steve’s hand, and then vanished, but we consider it unlikely. Given the evidence, the first conclusion seems more probable. But here’s the thing with inductive arguments. The conclusion never follows necessarily from the premises. Never, not even if all of the premises are true. They don’t use the rules of inference, and are never deductively valid. Even so, we use these all the time, because making general conclusions helps us get through our day. You don’t want to have to suspend judgement on whether or not your bread will become toast in your toaster, even when you’ve made toast for breakfast for ten years.

These are the two most frequent kinds of arguments you’ll encounter, and happily, both of them can be evaluated in the same way. The relevant questions are, as always, “Are these all of the relevant premises?” “Are the premises true?” and “Does the conclusion follow?” But the latter means something different for each one. For deductive arguments, the conclusion will follow based on the rules that are applied. For inductive arguments, it has to be the most probable conclusion given all of the available evidence. So now that we’ve gone over what an argument is, I hope you’ll get some use out of it in your day, but I also hope you’ll use these models to check my work. You deserve the best arguments possible, after all.