It’s a question that I haven’t spent much time on, and when I’m asked I usually respond with something curt like “You’re doing it right now,” but it’s certainly worth considering with at least a middling amount of seriousness. What is philosophy? I’ve talked a bit about why it’s important, but not about what it is, and that’s a mistake I mean to address.

The word “Philosophy” has its roots in the Greek “Phile” for brotherly love, and “Sophos”, for wisdom, and this is often taken to be a sufficient reason to think that 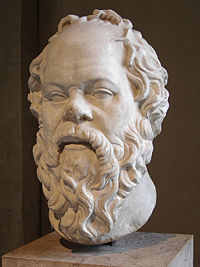 philosophy and the study of philosophy is the love of wisdom. This is wrong. For one thing, that’d make it awfully hard to study. We’d pore over texts for hours just trying to find the wisdom so we could love it. No, the meaning of “Philosophy”, like words like “Atom”, which comes from the Greek “Atomos”, meaning “Indivisible” is disassociated from its etymology. The use of this definition often accompanies ideas about philosophy as the thinking of deep thoughts, or the idea of being philosophical (which is less about being wise and more about picking things apart in ways which insist being critical and thinking a great deal). Studying philosophy is also distinct from having a philosophy. A philosophy is a set of beliefs that help you navigate the world. Studying philosophy has more to do with examining those beliefs.

But if it’s not the love of wisdom, what is it? Google has some ideas. If you ask it “What is philosophy?” it’ll present you with this:

“The study of the fundamental nature of knowledge, reality, and existence, esp. when considered as an academic discipline.”

Which is definitely partly right. Metaphysics, which is the study of the fundamental nature of reality, and epistemology, the study of knowledge, are two of the most important fields in philosophy, and they deal with a lot of those questions about why we’re here and how we know we’re not dreaming when we go about our daily lives. But there’s also ethics, aesthetics, logic, philosophy of science, and dozens of other sub-fields, each with their own important questions, and this Google definition doesn’t seem to have a grip on those.

One of my professors, Tim Kenyon, has an interesting definition of philosophy that I 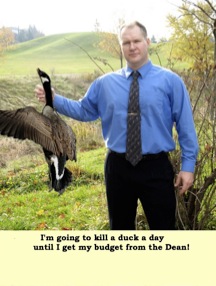 like to keep in the back of my mind, because I think it hits the most examples which being intriguingly succinct. “Philosophy,” he’s said “Is the making and keeping of fine distinctions.” This struck me as a bit odd when I first heard it, but the more I thought about it, the more accurate it seems to be. What we do when we’re doing philosophy is learning about distinctions between things, whether that’s stuff, ideas, or arguments, and trying to understand why (or whether) those distinctions are relevant. There’s a distinction between true and false, but there’s finer distinctions in there as well. Something can have a probability of being true, or we can have a varying certainty about its truth.

With this, I think my original answer still holds. You’re doing it right now. You’re sorting things and trying to figure out how they’re different. The things which matter in life are based on the presence or absence of distinctions. Your relationship with your family is distinct from your relationship other people because they’re your family, so you treat them somewhat differently. You might also believe, as I do, that sexual orientation isn’t a relevant distinction when we’re considering who should be allowed to get married. Philosophy then, is the study of what these distinctions are and how they fit in with our lives, a study which gets continually finer-grained, because life is pretty complicated.

You try to recognize distinctions every day of your life, practically from the moment you’re born until the moment you die. Philosophy is the science of recognizing which of them really matter.