Social media affords us all kinds of opportunities to put ourselves out there and be heard, enabling us to interact with thousands or even millions of people with ease. Inevitably, the question of how we can do so ethically arises. What should or should we not be doing with social media? What’s right and wrong about our interactions. I could spend half my life developing all of this, but I’ll save that for a PHD thesis. For now, I want to spend a week talking about ethics and social media.
First, what do we mean when we say ethics? Are there ultimate rules of right and wrong posted somewhere in the universe, do we just make up ethics as we go along, or are they something designed by other people to curtail us from doing what we really want (or protect us from those who would do what they want to us). It’s a tricky subject, but needs to be handled first, so that we’re on the same page. If you’ve got a better idea for ethics, I’d love to hear it, but this is the best that I’ve got. I’ll sum it up in three key terms, and then try and cash that out as it applies to social media. 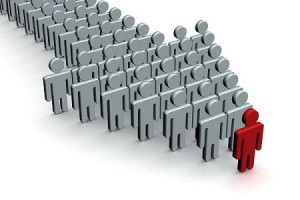 So I’m responsible for things that I do, but how does that tell me anything about interacting with other people? That’s where stakeholders come in. Stakeholders are all the people I’m responsible for, and to whom I have obligations. They have a stake in my words and deeds. If I can affect their interests in some way, they’re stakeholders in what I do. The often used example of this is a CEO of a business, who has an obligation not just to their shareholders or customers, but to their employees and suppliers, because it is within their power to affect their lives in positive or negative ways. With social media, this power is easily exercised. Imagine how getting a retweet from President Barack Obama or even Wil Wheaton could change who sees your work. The obligations of stakeholders are real because one is responsible for actions which affect their interests, but it’s not just a business thing. My teachers are stakeholders in my education, because they are investing in me. Children are stakeholders of their parents, because they depend on them for life.

But having stakeholders and responsibility still doesn’t tell me what I should do. They can’t really guide my actions. For that, we require imagination and a rigorous notion of best practice. This means imagining the best course of action available and making a commitment to pursuing it. It also means developing an explanation as to why one course and not another is best practice, and being able to have that explanation stand up to critical scrutiny. In general, something is probably going to be a good candidate for best practice if you’d readily endorse it for other people in a general sense.

Putting It All Together

So if we’re responsible beings, then we recognize that it’s possible for us to have obligations. When we think about our stakeholders (which does include ourselves), we can figure out to whom we have those obligations. The best practice seems to be to honour those obligations. We would endorse anyone to honour their legitimate obligations to us, I assume. So when I talk about ethics, I’m talking about finding the best way to act while taking into account the responsibility one has to stakeholders and acting in accordance with it. If we act in a way which neglects our obligations or is consistently to the detriment of our stakeholders and call it best practice, then we’re saying that the best way to deal with things is to encourage other people to act against our interests. Yes, this is the very short explanation.

What does this mean for social media? Let’s use Facebook as an example. When we encourage someone to like a page, or invite them to friend us, we’re inviting them to be interested in our content. They have a stake in what we’re saying, because we’ve invited them to do so. For a popular page, that can mean hundreds of thousands of 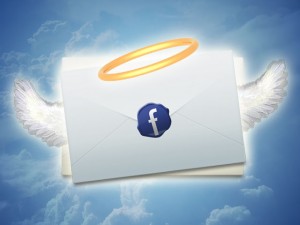 people, and while they each have a small stake, they’re like shareholders in a company. They’ve invested their interest in our page, and are expecting dividends of content. Best practice says that we can accommodate that by providing content as best as possible while maintaining our other obligations. Not only this this the best way to honour them, it’s the best way for us to garner more interest. Best practice is about thinking win/win, after all. Similarly, we have a stake in our status updates and comments, because people are going to hold us responsible for them. Forums used to provide limited anonymity, but using social media means making real connections and often cultivates real relationships. If we post dirty limericks on our Facebook, our mums might see them (which isn’t to say don’t, merely that one ought to take that into account. My mum writes some pretty good dirty limericks). Similarly with trolling, fighting, flaming, or other practices. Unlike forums, where one can be known only by a pseudonym, mediums like Twitter allow everyone to whom we’re connected to see those comments. If you’re a satirist like Stephen Colbert, then that’s probably fine. Your stakeholders are looking for stuff like that, as long as it’s funny. If your goal is to encourage people to develop relationships with you, then it doesn’t seem like that’s going to be best practice.

I think that’s about enough for today. There’s a lot to take in here. Saturday I’ll have a bulleted list of some simple ethical rules/explanations for conducting oneself on social media, which are in accordance with these principles.