I am a juggler, I’m sure I’ve mentioned that once or twice. There are pictures somewhere, I’m sure. I got the opportunity this past Thursday to talk about juggling and how it affected my life at Ignite Waterloo, and I wanted to share that and expand on it a bit here, because I’m a firm advocate of juggling and what it can teach us. 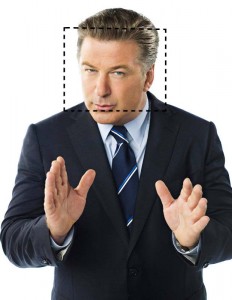 I don’t know if you can juggle, but I’ve been juggling for about eighteen years. The most common reaction I get to it when I’m in public, apart from “Hey, what’s that juggling guy doing?” is “I could never do that.”  Now, I want to make this perfectly clear. Not only are you able to juggle, but you should, and if you read to the end you’ll know both how and why.

I got started when I was ten, and learned from a little slip of paper that came with my first set of juggling balls. My mum and I got it at a garage sale for a quarter. I remember holding them in my hand, and thinking about wowing everyone by being such an awesome juggler right out of the gate. What can I say, I was ten.

But I wasn’t awesome, I had to start just like everyone else did, with just one ball, and I found that the best way was to imagine a box in front of my face. I’d throw the ball underhanded so it would arc up and touch the top of that box before coming down into my other hand. It should look a lot like a parabola. I did that for about an hour. 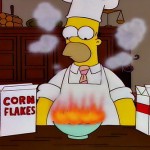 Now while I don’t know if you can juggle, I’m going to bet you’ve failed at something. If you think you haven’t, you might be failing at being honest, which counts. Me too. I mean, we all fail, but I think what matters isn’t so much that we fail, but how we react to our failures. When I was learning, I’d get frustrated or even angry because if it wasn’t going well, it was because I wasn’t doing it right. I was the only one to blame. What I didn’t realize at the time was that I was learning the most important thing which juggling had to teach me. I was learning how to fail.

I eventually tried two balls, and it was a challenging step. I threw my second ball when the first was at the top of its arc, over and over again. I hadn’t really been dropping them before, but I started to do it a lot, and that’s kind of the point. Every time I dropped one, I failed at juggling. I had to stop what I was doing, walk over, pick it up, and start all over again. Every time I had to make the choice between walking away from the whole affair and persevering until those failures got farther and farther apart. 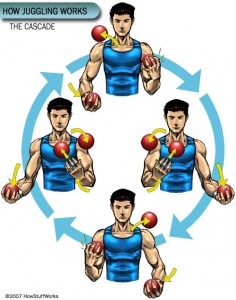 I added a third ball, and the challenge went from coordinating my hands and eyes to just keeping everything going. Every time a ball reached the top of the box, I’d throw the one in my opposite hand. I did it for hours, all over my house, thoroughly terrifying my mother whenever I neared something breakable. It took me nearly a day to really get the hang of it, but I’d still drop them now and again, and I’d still have to make that choice. And when I stop and think about it, it’s the same choice we all have to make when we fall short of our goals. We’re choosing whether to abandon them or try again, and I think we all wish we had the strength to keep on going. I know I do. I’m the kind of person who learns things by doing them, so juggling wasn’t just a lot of fun for me, it was a safe way to learn some of that strength. Sure, I wasn’t taking the same kinds of risks that I would later in life, but when a juggler drops a ball, that’s rock bottom. They’re done.

I stood there in my living room, day after day, failing over and over again. It took me a long time to really learn what to do when it would happen. When I dropped a ball, I’d say, “I can do this,” I’d pick it up, and I’d try again. I’ve probably dropped them ten thousand times since then, and the only difference is that now, I say it louder. I eventually recognized that failure was part of the process. Not just doing poorly, which is true with any skill, but genuine failure was necessary for being a juggler.

Any time I saw someone performing spectacular tricks, I started to realize that the really amazing thing was that they persevered through all of those failures before getting it right, then through hundreds more to get it perfect. Every time they did it in a performance, they were taking the risk that it wouldn’t go right this time, and did it anyway. And it was true of myself, too. I started to notice that  instead of getting discouraged when I failed at things, I would get determined. 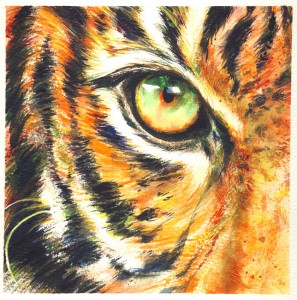 I’ve failed at a lot of things since I was ten. I got tossed out of high school three times, and drifted around my  town doing all manner of jobs for years. Financially, I hit real rock bottom more than once. Now I’m studying for my Master’s and speaking at events like Ignite. I’m making new friends, trying new things, and undertaking new projects. One of the things that helped me get here was being ready to make that choice and try again, and I learned that from hundreds of hours of failing. Maybe juggling didn’t just teach me how to fail. I think it might have taught me something more important, and more applicable. How to not be afraid to try again. Either way, the thing to remember is that the only difference between a failure and a juggler is what they do when they drop the ball.