Awesome things are afoot in this week’s Hexup! Also, if you want to catch me live, I’ll be playing at Nerd Nite on Tuesday night, at 7pm at the Rum Runner Pub in Kitchener, as their artist in residence! Expect an appearance from Kayleigh, the musically talented half of Woot Suit Riot. 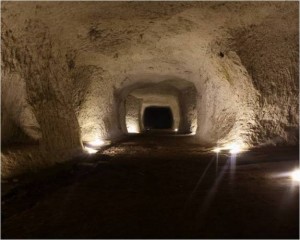 Everyone knows there are catacombs under Rome. What we were apparently unaware of was the extent of them. The Romans quarried out the area around their city to get stone for buildings and roads, but eventually Rome got so large that it extended over the quarries. Meaning that there are tons of abandoned ancient shafts beneath the roads and houses there. Geologists are slowly exploring them, but they should probably watch out for things that go bump in the night.

The Drake equation, famous for estimating the probability of the existence of aliens, has been adapted by certain companies to determine the probability of profitable asteroids in outer space. Truth be told, I’m not sold on it. It’s one thing to say there’s billions of dollars of minerals and gas floating around our infinitely large universe, but it’s another thing entirely to get them from there to here without spending billions upon billions to do it. Still, it’s worth the effort. Also we will run out of things.

Crocodiles are apparently smarter than we thought, which I assume means they’ll soon have their own reality tv show. Researchers at the University of Tennessee conducted a study and found that crocodiles will use sticks to create lures for birds and other prey. They lay the stick across their snout and float along, waiting for some unsuspecting bird to think “Man, that’d look really good in my nest.” The results are not attractive.

China is hoping to beat its smog problem with artificial rain. According to this article from the New Scientist, “The technique the Chinese use involves firing rockets carrying a payload of silver iodide particles into the clouds. Ice crystals then form from super-cooled liquid water in the clouds, using the particles as nucleation points. The crystals fall as rain or snow depending on the temperature below. The idea is that the artificial precipitation should clear the smog below.” Experts say it still might not work, though.

We may have possibly found hints of bits of dark matter in an old experiment. Too much hedging? That’s how science journalism is supposed to work. A University of London researcher it investigating a 2004 experiment that seems to have signals that match what you’d get from theoretical dark matter particles called axions. Things are still being figured out.

Popularizing a phrase and the collateral damage of enforcing your trademarks, courtesy of John Green.