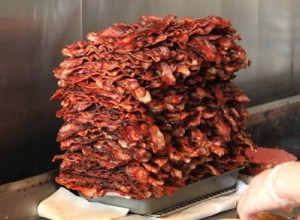 A few people have extolled the virtues of low carbohydrate diets to me, and truth be told, I’m not much for dieting. I harbour within my dark heart a deep love for chips, the depths of which I have never plumbed. But I want to look after myself better than I am and hopefully not die of a heart attack by 50, so I was convinced to give ketosis a go.  This isn’t a commercial, but here’s a brief rundown on what it is, from Ketosis, ketoacidosis and very-low-calorie diets: putting the record straight (Mullins, Hallam and Broom. British Nutrition Foundation Nutrition Bulletin 26, pp. 397-402).

I’m still digging in around the science, but this isn’t about what’s a fad diet and what’s not. My goal is to shift to a healthier lifestyle, and this has already provided a huge benefit. It’s not miraculous weight loss or the sudden ability to leap tall buildings in a single bound. In a lot of ways it’s far more significant than that.

I’m thinking about what I eat.

I’m busy, and food is fuel, so my usual habits include just consuming whatever’s available to me like some kind of grazing beast. Convenience is my usual guide, whether I’m writing, composing, or just wrapped up in a session of Minecraft that’s gone on far longer than it should. I also grew up in a house where you don’t waste a thing that’s on your plate, and even with today’s generous portions, I get a little twinge at the thought of not finishing my dinner. But now I think about it. I prepare food in advance. I’m reconnecting with cooking, something I love doing but rarely make the time to do anymore. And I’m still eating real food. I’m just not eating junk, and I’m not eating bread, pasta, or potatoes.

I regard this mindfulness as its own reward, because as long as I stay attentive, it doesn’t matter what sort of regimen I follow, I can know that I’m going to be aware of it and do my best to follow it. I cheat a bit, sometimes I get wings instead of a salad (the extremities of flightless birds served in pubs are my weakness), but when I do, I think about it.

In a way, it astonishes me that I went so long without doing it. Cursory health choices are one thing, quitting pop or not eating fast food, but for the most part I just sort of ate what was around, or ate whatever junk I could get my hands on. I recall an entire summer spent eating pizza (though that was years ago, when two nights of pizza and grading didn’t leave me on the couch regretting my grave mistake). That said, it’s not a fundamental change. Health seems like learning, communication, or exercise. You don’t just wake up one day and go “Now I’m healthy.” It’s a process you work at every day. And apparently, mine starts by eating more bacon.