Last week I talked about how I don’t understand why we convince kids to believe in Santa Claus, and why it bothers me. I spend a lot of time trying to make sure that the things I say are at least true to the best of my knowledge, and I’m especially aware of that when I’m around kids, because I want them to be able to trust my word. In teaching, it’s sometimes useful to teach something false as being true (like playing Devil’s Advocate, or teaching the Bohr model of the atom instead of the electron cloud). The difference in these cases is that, when pressed, we don’t double down, instead admitting that we don’t hold those positions to be true. And the Santa myth doesn’t seem to be like that. Today I want to look at what seem to be the three most common arguments for why it’s okay to teach kids that Santa is real.

The Magic of Christmas 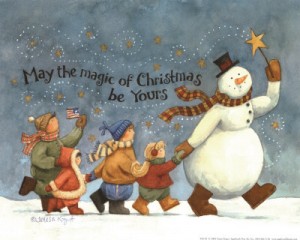 The argument from the magic of Christmas is pretty straightforward. Believing in Santa is essential to a positive experience of Christmas for kids, and so adults are justified in perpetuating the myth because it contributes to an overall positive experience. The lynchpin of this argument, though, is that Santa has to be essential, and that doesn’t seem to be true. It seems perfectly possible to have as good a Christmas without including Santa at all. One could decorate a tree, give gifts, receive gifts, have stockings, see family, eat food, do all of the things we associate with Christmas without believing in Santa. One could even sing carols and tell Christmas stories without believing that the content of those songs and stories was real. It also has to differentiate between an adult experience and a child’s experience of Christmas, otherwise it would be better if adults believed in Santa Claus as well. 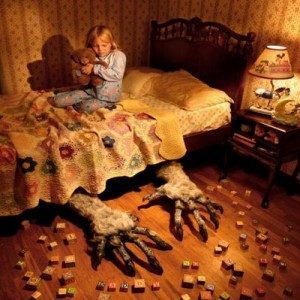 eventually grow out of them. Santa Claus is one of these beliefs, so we shouldn’t stop kids from believing in Santa Claus. And it’s true, to a point. But the problem with this argument is that while it’s a good argument for adults not stopping kids from believing in Santa, it doesn’t address the fact that adults create evidence and give kids reasons to believe in Santa, which is the issue here. We don’t create supporting evidence for monsters under the bed or imaginary friends, and thus aren’t responsible for those beliefs in the same way that we’re responsible for Santa. NORAD doesn’t have a app that calls the Special Forces whenever monster sightings are reported, reporting tallies of slain monsters every evening not just because of a fear of friendly fire incidents, but because we don’t lend credence to monsters under the bed. The fact that kids are credulous enough to believe all kinds of things doesn’t say one way or the other why it’s okay to deceive them.

What’s the Harm?
Helping kids believe in Santa Claus causes no harm or negative experiences. Things which cause no harm ought to be permissible, so it’s permissible to help kids believe in Santa. Also pretty straightforward, but I’m not sure about the first premise. Putting aside the amount of resources spent on the Santa myth, and the bits about behavioural control,  it seems like we could argue that deceiving someone causes harm to them. It encourages them to believe something which is false, and more importantly, it labels the teller as someone who will deceive. It teaches kids that they can’t trust adults. That adults will not only lie to their faces, but reconstruct their lives in such a way so those lies seem true. If we don’t think doing that is harmful, then I submit that it is equally harmless for the government to do that to us, falsifying budget reports and legal decisions. Even in cases where the consequences are minimal, it seems intuitive to think that allowing the government to do that would be undesirable, and that if that happened, regardless of the consequences, it would keep us from trusting the government.

I’m not trying to wage some kind of war on Christmas, but it seems to me that a Christmas where all of the gifts are from friends and family, there’s no threat of supernatural punishment or red-suited burglary, and there’s celebration and good times for all is better than a Christmas that has all of that and lies to kids. With that in mind, why tell them Santa is real?