It’s just past the holidays, which is basically the roughest time of the year for charitable giving. But we are called on to help. We all want to help. “If wanting to help was an Olympic sport,” Dan said to me a while back, “Everyone would be a champion.” And we are asked. We’re called upon by our friends, our families, anonymous callers and people in the street. Help us. For a cup of coffee a day, a singe pledge, one donation, a pair of socks, just an hour of your time. We want to help, but we can’t. There’s only so much time, talent, and treasure in our lives. But we feel guilty for saying no. But I want to talk about exactly that.

Saying “No” with a clear conscience is one of the things I learned with Engage KW, and it’s something they take very seriously. When you do donate, you want to be sure about your impact, whether you’re spending an hour a week on a task or writing a cheque for a thousand dollars. You want to make sure that the organization’s values are in harmony with your own, that their goals are clear and their methods legitimate, and that it’s something you’re really passionate about. Of course, sometimes this isn’t enough. Just because starving kids in Africa don’t get you wound up doesn’t mean that they couldn’t use clean water.So you feel bad. You don’t want to say, or even think “They’re all the way over there. I mean, clean water, really?” It’s a shitty thought. Here are some ways to say no without worrying about that.

If you want to give money, make a plan. Work it into your budget, and say “This year I want to give X to charity.” This gives you the opportunity to do some research and find causes that really move you and the organizations who are having the greatest impact in those areas. There are a lot of nonprofits in the world, and whether you’re supporting Big Sisters or the Comic Book Legal Defense Fund, you can find something that fits you. Don’t be afraid to mix it up either, or spread your funds around a bit. But once you make the plan, stick with it. Review it at the end of the year and see if there’s any changes you want to make. This means that more often than not, you’ll stop giving on the street, or at the grocery store, unless that’s part of your plan. When you say no it’s not because you don’t care, but because you have a giving plan, and giving outside of that isn’t in your budget. If you want to help, take down their information, and file it away to review. Odds are good that they’ll still need contributions in a year. 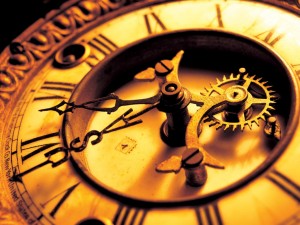 But sometimes it’s not money. Sometimes it’s time. That’s my vice. Two hours here, three hours there, doing strategy, hauling chairs, or playing my guitar. When I was a starving student, I gave time because that’s what I had to give. Three hours isn’t a bad deal if it doesn’t cost you any grocery money. But, as they say, time is money. More importantly, time has value. Value your time. Think about the things you might do with that time, and consider if those will have a greater impact than what you might be doing volunteering. Think about ways you could make that time more valuable. For example, I hauled chairs and beds at Out of the Cold in part because I got to do it with my nieces. It wasn’t just a chance to volunteer, it was a chance to spend time with family. Be honest. If you know you’d just kill those particular three hours on Reddit, acknowledge that you’d probably be better served helping out. After all, you want to. Realize that time spend unwinding isn’t devoid of value, spare hours that can be exchanged for meaningful work. You need that time, or you’ll go crazy. Knowing that you need that time is a perfect reason to say no, and one that everyone understands.

Know yourself, and know what you can do. Maybe you have a particular talent for something that will amplify your impact on a cause. I’ve never been called up for my talents as a philosopher and only occasionally as a writer, but at events I find myself juggling, doing magic, and playing music, because what they really needed was someone to entertain the kids. Look for opportunities to use your expertise to help, and you won’t just be doing good, you’ll be broadening your experience in your field. If you’re committed to looking for ways to use your skills to have a greater impact, you can decline asks with a clear conscience. But when those chances come along, to do what you love for an organization you believe in, jump on them. And if you look, you will find them.

Too often we say yes when we should’ve said no. If you’re reluctant about the cause, if you’re budgeting strictly, or if you don’t think we can find a great role for you, that’s good. I don’t want people to feel bad for not helping, I want them to believe in what we’re doing and help because of that. We’re giving gamers an opportunity to use their talent to help kids in a way that has a significant and measurable impact. That’s our thing. If it’s not yours, that’s cool. I’ve at least just given you three ways to say no and mean it. Find your thing, and do that.