I won’t say it had never happened to me, but it was infrequent. then, last week, writer’s block. I had ideas, but didn’t know what I wanted to say about them. those posts will remain half-finished forever maybe, and that might be for the best. Between university and blogging, I’ve written enough words for several novels, and there’s always something to write about. So last week when I said to Dan, “I don’t know what to write about” he replied, “Write about that.”

I should note that I don’t believe in writer’s block. Sometimes it means walking away for a project for a bit, or asking a friend, but there’s no state of “I can’t write.” Chuck Wendig, who is essentially my penmonkey guru, said “The easiest thing to do is not write.” Writing isn’t something you should only do in those magical perfect moments of peace and quiet (I tend to spend those napping), sometimes it’s about squeezing out words like you ate a wicker swingset yesterday morning. So here are three ways that I deal with writer’s block, or a complete lack of ideas.

The More Extravagant the Better 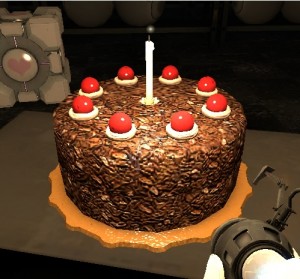 It’s a philosophy thing. Don’t just pick a thesis, pick the most extreme version possible. Often, there are other humans who have done this for you. See the people who think you should use the Golden Rule for everything. If you agree with the thesis, make it more extreme. If you don’t, find the reasons why. If you can’t think of any reasons, then maybe you actually agree with it. it doesn’t have to be super serious, either. It could be “We should only eat bacon” or “Chocolate cake is best cake”. What? It’s lunch time. Once you’ve chosen something, you can start picking it apart.

I’m kind of a kinesthetic learner, so I love talking ideas through with people. The act of discussion, especially with people who don’t agree, usually leads me to more interesting conclusions than I could’ve come up with on my own. I love Twitter for this, because it can let me get a lot of different perspectives (though all of them love bacon). Always be conscious that you’re the one doing the writing though, not them. Also, be warned that too much talking can be just as bad. When you start getting excited, start writing. I always think of that Robert Frost quote, “Talking is a hydrant in the yard and writing is a faucet upstairs in the house. Opening the first takes all the pressure off the second.”

Or a basket, or something. Every time you have even the vaguest idea of something you might one day in a possible future where there’s flying cars write about, write it down and put it in the basket. Notice how full it gets, and when you need one, pull out two and make them work together. It’s how you make interesting connections. Maybe it’s that book of Emerson essays on your shelf, or a sentence fragment like “If I had a lemon, I’d…” Usually a random thought can be enough to give you the kick you need to get going.