It’s try new things month here at Concept Crucible, and I’m going to start by trying to steal Dan’s way of titling posts. It’s too late to stop me, really. Especially since this post isn’t about stopping but about starting. Starting something new can be difficult, intimidating, nerve-wracking, refreshing, terrifying, healthy, adventurous, exciting, awkward and scary. I love starting new things, but they still intimidate me a lot of the time. I won’t claim any expertise on the matter, but I want to take some time to talk about two new things I started once, and some lessons I learned from them.

The first is university. Dan’s talked about his impending return to higher education, but I only just left. Got my master’s degree in October, and if you’ve been following then you know about that. But this is about beginning. I never finished high school, not really. I was thrown out three times for various acts of misbehaviour, mostly not showing up for class. I just couldn’t be bothered. I bummed around afterward, working the kind of jobs you get when you don’t have a high school diploma or any real ideas, just trying to survive. It took me four years to develop my frustration and my passion for learning. I needed to be in university, to be around people who were reading the same books as me and thinking about the same things. I wrote my GED test and filled out my application. I could only afford one, and every penny I had saved went into tuition until I could get OSAP. I was terrified, entering a philosophy degree when I had never written an essay before in my life. I only had a grade 9 English. I read essays voraciously though, and finally took a writing course. And I got in the habit. I got the bug for writing even, seeing as I still write six or seven thousand words a week. But starting it was like stepping into a different world, a world that was a huge financial risk with no concrete end in sight. The line that got me started was “Phd or bust.”

The second thing is Youtube. I made my first video in January of this year, if you don’t count a short-lived Let’s Play series with my friend Ryan (who now works with me over on TPK). My first real video with a camera and a microphone. I’m not going to embed it, but you can find it here. It’s awkward and ridiculous. I was incredibly nervous and had no idea what I was doing, what to talk about, or even how to use the microphone properly. But I knew that I wanted to make videos. If I waited for the perfect time or the perfect idea the whole affair would slip on past just like the five years between my last shot at high school and my start in university. I’d say things like “Once I’m ready, then I’ll do it.” And that’s the wrong thing to say. So I made a bad video, and it stays up there. I’m proud of it. I needed it to get over my anxiety and so I could make better ones.

If there’s one thing I’ve learned about trying new things it’s that the things that always nail you are the questions you don’t even know how to ask. At university I thought the essays would be the hardest part, not the bureaucracy. But that was what ground me down. On Youtube, there were so many things I knew about what to do once the camera was rolling. I’d seen so many examples, but what tripped me up, what still trips me up, is learning all the things you do when the camera isn’t rolling. Writing, editing, effects, rights management, there’s all these other aspects to being a content creator that you never think about until you’re up to your neck in it. And it still scares me a bit.

But it also excites me. 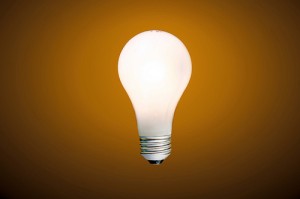 Sometimes I fail, or I just fail to be great. I’m going to write a post on sucking at things later this month because that’s a thing to prepare for. But I don’t worry about that as much as I used to. When I fail, it’s because I tried, and if I tried, I hope that I threw myself into the task wholeheartedly. I don’t often take risks that can bust me, and I try not to let things slip by. Instead, when I have an idea, I turn to the brilliant and creative people in my life, people who are also excited about new opportunities, who make me braver and smarter and better, and say “Let’s do a thing.”