This past Sunday, I wrote about something I learned about saving money over on my website, and it made me think of this. Alan Watts is famous for being a hippie, philosopher, radio host, and East meets West kind of guy. One of his most famous questions is “What would you do if money were no object?” If it really didn’t matter, how would you spend your time? Everyone has a different answer for this of course, but I think this mine. 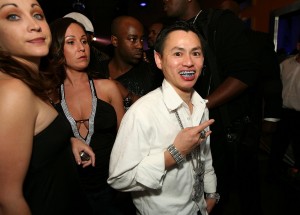 I have a really hard time thinking about money as no object. I grew up poor by Canadian standards, and spent most of my years just struggling to stay alive and stay afloat, pursuing money because to do otherwise was to die. When you’re barely making rent and groceries, money is life. The dream of “If money were no object” is just sort of painful, because it reminds you of all the things you might want to do that you can’t. I mean, if you want to write poems or something, you can get some of that done while struggling for shifts and making minimum wage, but if you want to race sailboats, that’s a lot harder.

Still, that doesn’t make it not a valuable thing to think about. Sure, you can’t live the dream immediately. Nobody can. For most of us, even if we think of money as no object, it’s still an object. But what Watts is really getting at is how it shows us what we really want, what we’d do if we didn’t have to struggle with the humdrum everyday things. Identifying those goals is priceless, because until we can see them, we can’t attain them. He encourages us to look past the next day, and not get caught up in the things that sustain us. And that’s a pretty good idea. For pretty much the same reasons I outlined in the second paragraph, I have some trouble with this, but I’m learning. 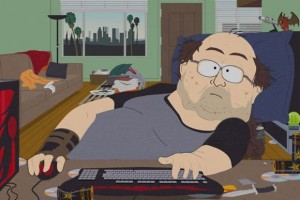 There’s a question about whether or not we’d care enough to actually pursue these dreams. If money really didn’t matter, what would stop us from whiling away our lives with tv and videogames like the nightmares of so many conservative politicians? I spent a lot of time puzzling over that one, I’ve whiled away many a night and regretted what I could have been doing, but ultimately it misses the point. The point is to frame what we want to d. Even if we never get the gumption or courage to actually do it, we know that we want to, and from there, we can take some steps.

For me, I’m a creative. I want to make stuff. Not art, but music, videos, writing, games, organizations, events…I love making things, and I want to make things that help people do things better. I want to make web content full time, and not worry so much about the everyday bits of my job (which I love, but it does keep me behind a desk for eight hours when I really want to get up and make as much noise as I want). But it took me a while to figure that out. I also realized that if money didn’t matter, I wouldn’t do it all on my own. For me, it’s about cooperative creativity. Other people make me my best, and you deserve my best. That’s why I’m excited to announce that Concept Crucible is now a two man operation. Dan Timmins a reformed artist and long-time friend of mine is coming on to write about strange science and amazing discoveries, the kinds of ideas that inspire and motivate him. I’m really excited about it. I’m going to keep asking this question, and I think my answers will get better and better.

What would you do if money didn’t matter?