Howdy. It has recently been brought to my attention that we have been remiss in some of our duties vis a vis (I know right?) the Saturday Hexup posts. Okay, well I’m the one who brought it to my own attention, but still, remiss! Jim and I have decided that we must do much better on this particular front and if Jim had internet right now, I’m very sure he would be here agreeing with me. I think you will all enjoy this week’s selection of interesting stop from around the interwebs, even if some of it has been there for quite some time.

You Are Most Definitely Not Here 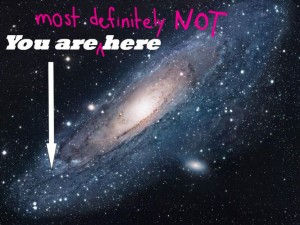 This article from over at The Atlantic.com features some of the latest work by astrophotographer Stéphane Guisard. The video features a time lapse view of the center of the Milky Way as seen from earth from Paranal Observatory in Chile. The quotation from the article that got me was “So remember: If anyone puts up a poster of a pretty spiral galaxy with a big “You are here” arrow, they are full of it.”

Have you ever wondered what to do with that military drone that recently crash landed in your yard? The folks over at Dvice.com admit that while drones have been catching a lot of flak lately some folks over at a TEDGlobal event in Edinburgh have been looking for other uses for these pieces of tech. These include keeping an eye on endangered species, monitoring environmentally sensitive areas, or delivering food and supplies to remote locations. A very interesting set of ideas for using military tech to not destroy things.

Build Your Own Terrarium 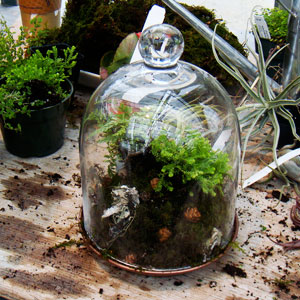 Have you, or perhaps someone you love, ever wanted to build a terrarium but had no idea where to start? Perhaps you even own an old pickle jar with some limp greenery in it? Well thanks to Popular Mechanics your woes are at an end. From preliminary concerns like making sure you pick plants that won’t outgrow their home and making sure that you put the terrarium in the right place to step by step instructions of the process, this article contains all you need to start your own terrarium. Perfect for lazy folks who want plants, or don’t have much space.

“Structured Procrastination” an essay by John Perry may very well be the best essay on procrastination that I have ever read. Its main contender is an essay written by a high school friend many years ago which, if I can ever find a copy, I may write something about. What I do have is John Perry and if, like me, you find procrastination an inalienable part of your life then you will find this essay enlightening. In it, Perry reveals how procrastinator can use procrastination to turn themselves into productive human beings (which we all want to be) while still putting things off (which we cannot avoid).

Researchers at the University of Minnesota’s Institute for Engineering in Medicine have recently announced that they have developed a thought controlled flying robot helicopter. The robot can be “trained” to react to readings of specific thought patterns of a subject. Think of clenching your left fist and the robot will go left. The technology has wider applications and is also used in thought controlled wheelchairs, computer devices and even making music. The article can be found over at BBC.co.uk.

An Invocation For Beginnings

This video is classic Ze Frank. It is a go-to for both Jim and I when starting new things or getting stuck on old ones. In honour of our starting new things this month the final side of our Hexup goes Ze Frank, whose cheese monster will not be satisfied by cheddar but only by the cheese of accomplishment.

All that being said, it is a beautiful day out and I’m going to the park. Enjoy your weekend!